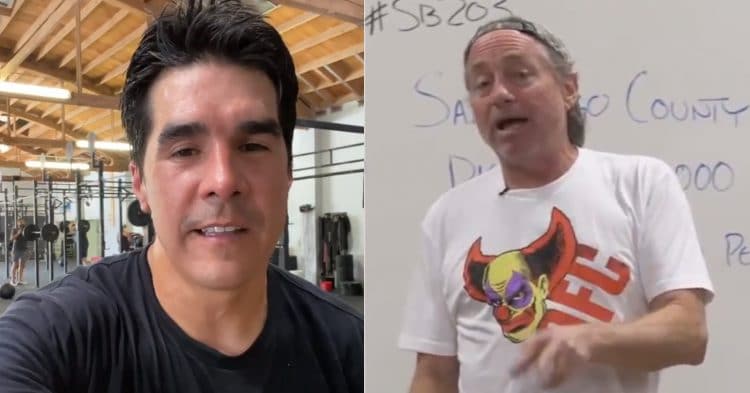 Leaders are expected to set an example for the rest, however, sometimes, it’s quite the opposite. Amid the current challenges that the nation is faced with following a very unfortunate incident, founder and former CrossFit CEO Greg Glassman was evidently very insensitive about the whole situation.

This sparked outrage across the CrossFit community by many individuals who are boycotting, affiliates who are ending their relationship with the organization, and Reebok announced they would end their partnership after the contract ends at the end of this year.

So Glassman came back and tweeted a heartfelt apology which read…

“I, CrossFit HQ, and the CrossFit community will not stand for racism. I made a mistake by the words I chose yesterday. My heart is deeply saddened by the pain it has caused. It was a mistake, not racist but a mistake.

Floyd is a hero in the black community and not just a victim. I should have been sensitive to that and wasn’t. I apologize for that. I was trying to stick it to the @IHME_UW for their invalidated models resulting in needless, economy-wrecking, life-wrecking lockdown, and when I saw they were announcing modeling a solution to our racial crisis, I was incredulous, angry, and overly emotional. Involving George Floyd’s name in that effort was wrong.

It’s our hope that his murder catalyzes real change resulting in a level playing field for our black brothers and sisters.

Please hear me when I say, we stand by our community to fight for justice. I care about you, our community, and I am here for you.”

Despite his response, Glassman would ultimately opt to resign from his position as revealed by CrossFit  Games Director Dave Castro following a recent seminar staff call.

The following statements were made by Glassman and Castro…

“I’m stepping down as CEO of CrossFit, Inc., and I have decided to retire. On Saturday I created a rift in the CrossFit community and unintentionally hurt many of its members. Since I founded CrossFit 20 years ago, it has become the world’s largest network of gyms. All are aligned in offering an elegant solution to the vexing problem of chronic disease. Creating CrossFit and supporting its affiliates and legions of professional trainers has been a labor of love.

Those who know me know that my sole issue is the chronic disease epidemic. I know that CrossFit is the solution to this epidemic and that CrossFit HQ and its staff serve as the stewards of CrossFit affiliates worldwide. I cannot let my behavior stand in the way of HQ’s or affiliates’ missions. They are too important to jeopardize.”

“CrossFit is a community — one that is global, diverse, and tough. Every person in our community shares a common bond. We are all dedicated to a visionary, transformative approach to health and fitness. Our individual passions for that approach have forged an enduring community.

Our community is hurt, though. Our shared bond brings together millions of people with differing opinions, viewpoints, and experiences. Friction is inevitable. Common ground, mutual respect, and fellowship must also be inevitable. I’m honored to take on the role of CEO of CrossFit, Inc. I hope to do right by affiliates, trainers, athletes, and other members of the CrossFit community around the world and never lose sight of the mission Greg established for us all.”

Not more has been said regarding Greg Glassman’s role as owner of the organization. However, we expect to learn of these details in the near future of which we will keep you informed. This may have been unexpected news for a lot of people, although it’s not surprising given the severity of the situation.