This is amazing news for Hadi Choopan, his fans, and the Olympia Organization!

There couldn’t be much better news at the moment than learning Hadi Choopan will indeed be competing at the 2019 Mr. Olympia in a few short weeks. Hadi recently dominated the Vancouver Pro as an Open competitor, although he usually competes at 212. And therefore he qualified to compete at the 2019 Olympia but there was one problem which stood in his way.

There’s a travel ban which prevents Iranian nationals from entering into the United States. So, Hadi Choopan was initially denied access. But the Olympia had been working diligently to get him a Visa so that the elite bodybuilder can compete at the largest fitness event in the world.

And the efforts were definitely not in vain because Hadi is already in the U.S. preparing for the Olympia which will be taking place from September 12-15 in Las Vegas, Nevada.

“They said it couldn’t be done!
@Hadi_choopan The Persian Wolf 🐺 has just landed in the USA to prepare for the @mrolympiallc and he’s hungry. 💪

Thank you to the @mrolympiallcorganization @ifbb_pro_league for helping with his visa. This has been an epic endeavor that many of helped with.

Also special thank you to his managers/best friends @hadiparsafarand
@parsafar_mahdi for their relentless pursuit for his visa.
I know I’m forgetting some people but I’m so excited. Please know this couldn’t have been done without you all! 🙌🙌🙌 #ThankYou“

BREAKING NEWS: HADI CHOOPAN TO COMPETE AT THE 2019 MR. OLYMPIA

Iranian Bodybuilding sensation has arrived in the U.S. to finish preparations for bodybuilding’s biggest prize.

It’s still unknown whether he will compete for the title of “212” Olympia or Mr. Olympia.

Either way, Choopan will makes his U.S. debut on FRIDAY September 13th in Las Vegas at the Orleans Arena.

This definitely changes things now that Hadi Choopan will be competing. He’ll likely be throwing down in the 212 division and we think he’ll definitely be one of the top finishers due to his extremely impressive physique.

If he can beat Open division competitors as an athlete who usually competed at 212, then we can only imagine the conditioning and fullness he’d bring to the Olympia contest.

Hadi Choopan has a few weeks to prepare but if he shows up looking like he did in Vancouver or better, then he’ll be very hard to beat. 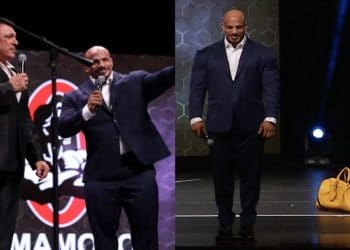 The 2021 Mr. Olympia goes down in Orlando, Florida, from October 7th-10th. Ahead of the contest, reigning champ Big Ramy... 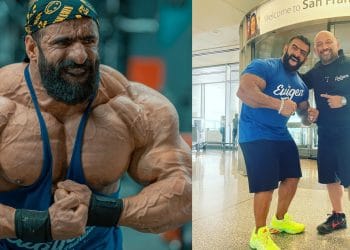 The biggest problem that Hadi Choopan has faced throughout his pro bodybuilding career, has been his ability to get in...