Life and Accomplishments of Hadi Choopan 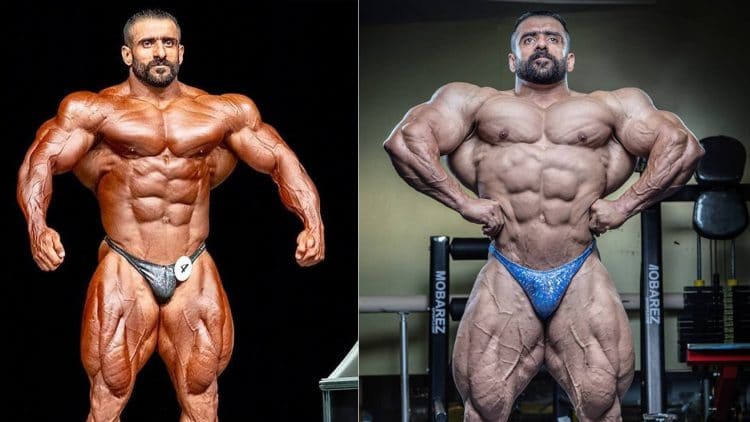 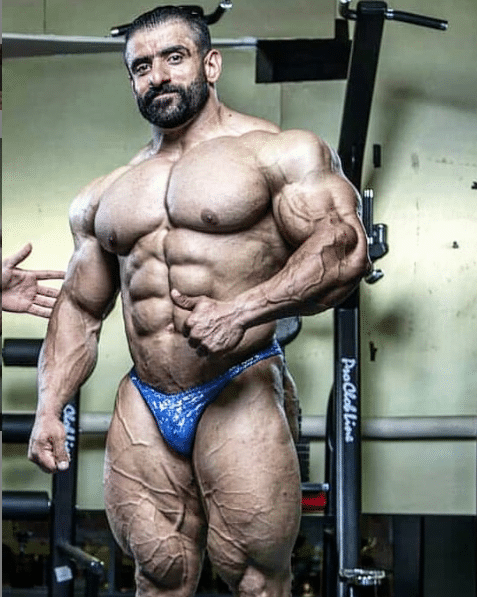 Hadi Choopan is a 212 and Open bodybuilder, and one of the best prospects in the world. This is his life story, diet, training regimen, and more.

Hadi Choopan was born in September of 1987 in Sepidan County, Fars Province, located in southern Iran. He was born into a very poor family, a product of the financially struggling region they were in. These poor conditions resulted in Hadi having to work at an early age. He started peddling goods, along with working in construction.

Despite his constant need to work, Choopan still managed to develop an interest in bodybuilding. He began his path to be a pro bodybuilder in 2000, at the age of 13. This process began with Choopan mocking poses of other famous bodybuilders, in front of his family. Initially, he was rather undersized, and dealt with jokes and push back from his friends and family. 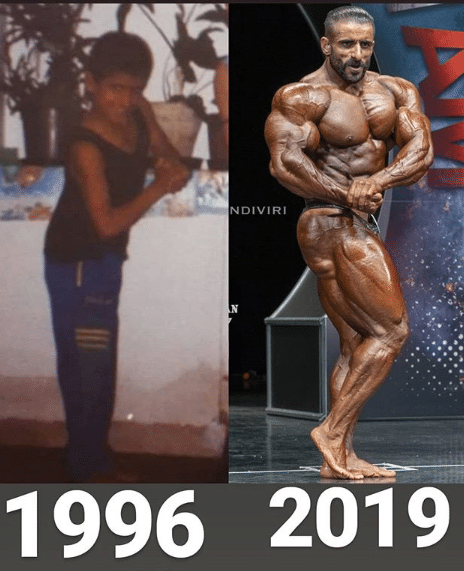 However, Hadi Choopan was eventually able to gain some size, and start looking like a bodybuilder. His first coach was Jamshid Owji, in 2002. At the time, Jamshid only allowed Hadi to lift 5kg weights, due to his small size. Nevertheless, Choopan would eventually grow and get bigger.

Within three years of pursuing professional bodybuilding, Hadi Choopan already earned a third place in a national competition. Additionally, he won first place in competitions in his native Providence Of Fars. However, 2005 is where he won his first national title and began establishing himself as someone to keep an eye on.

In 2008, Choopan would stop training with Jamshid Owji, and spend a few years without a trainer. Despite that, he still managed to win more national titles, along with a silver medal at the WBPF World Bodybuilding Championships. Hadi went without a trainer until 2013. At that point, he began training with Ali Ne’mati, and his career as a professional bodybuilder began to take off. 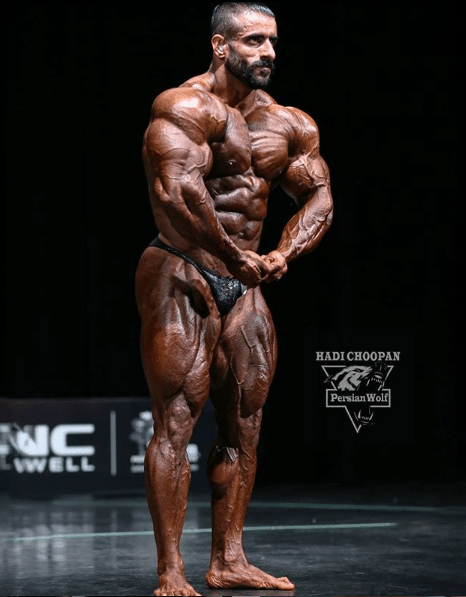 In 2013, Hadi Choopan won first place in the WBPF Asia Championships, to start off a good run professionally. He would return to compete at the WBPF World Bodybuilding Championships, winning gold in 2013, 2014, and 2015. Despite the success, this was the only competing he did in those years.

2017 would begin the next chapter of his pro career, as Choopan would stop training with Ne’mati. At this point, and continuing forward, he would train with the world-renowned Hany Rambod. Subsequently, his career began to take a bigger leap. He made his first showing under Rambod’s tutelage at the 2017 Mr. Olympia Amateur, where he managed to score a gold medal. 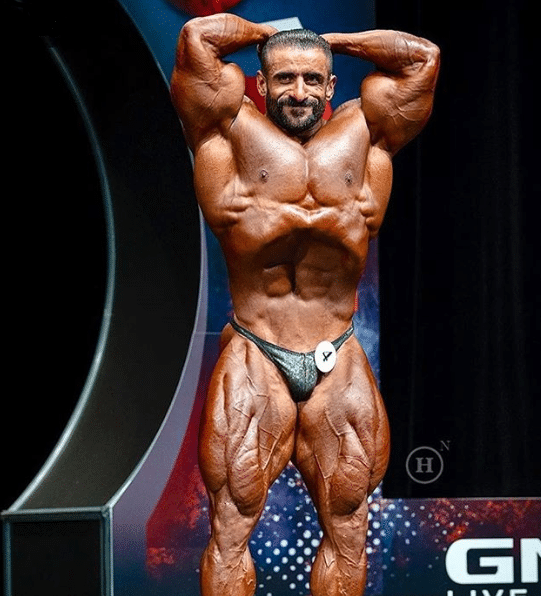 Hadi Choopan competed three more times in 2017, earning silver medals across the board. Most notably, he lost in the 2017 Asia Grand Prix to multiple-time 212 Olympia champ Flex Lewis. However, this decision was seen as controversial by many in attendance. According to skeptics, it appeared that Choopan had a bigger and better physique than Lewis, despite the judge’s decision. Nevertheless, it was at this point, that “The Persian Wolf” would be known as a force to reckoned with, around the world.

Unfortunately, Choopan would be forced to deal with issues receiving a U.S. Visa, to compete in the big shows stateside. It would force him out of more than a few competitions over the years, including the Arnold Classic, and Mr. Olympia in 2018. However, he was able to get the issues resolved for 2019 and is set to compete at Mr. Olympia. 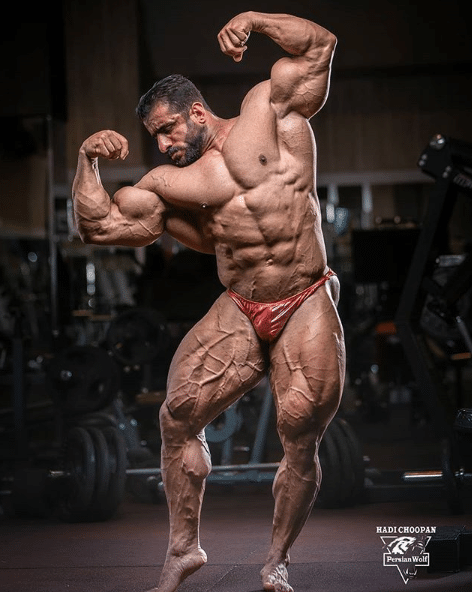 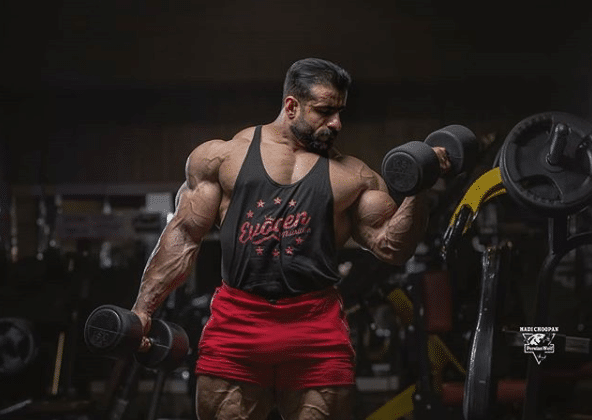 Hadi Choopan likes to utilize a combination of strength training, along with hypertrophy training to get the best results. He oftentimes will spend one day a week, lifting heavy weights, focusing on strength. However, he will then spend another day working for the same muscle groups, this time focusing on volume.

When it comes to Hadi’s workouts, while he is doing strength training, he typically rests for 2-3 minutes in between sets. On the other hand, when he does hypertrophy training, Choopan will only take 30 seconds to a minute between sets. He says this allows for his heart rate to stay up, improving his cardio, and burning fat.

However, as far as specific cardio training is concerned, Choopan does not individually train cardio. He is known to do two or three High-Intensity Training sessions a week, leading up to competitions. Other than that, there is no unique cardio routine he follows.

Hadi Choopan focuses his diet around his desire to grow lean muscle. In fact, it is his belief that diet is the most important part of achieving a toned appearance. Therefore, he consumes a lot of brown rice, avocados, and skinless chicken breast for the majority of the year. These slow-releasing foods help him to keep his levels of fat low, allowing for easier competition prep.

In addition to a strict diet, Choopan also uses a variety of supplements. Here are some of his preferred choices:

Hadi Choopan has reached local success as a professional bodybuilder. His struggles with being able to compete in the western hemisphere delayed his popularity. However, once people began to recognize him, his stock grew nearly overnight.

Hadi Choopan is one of the most promising bodybuilders in the world today.