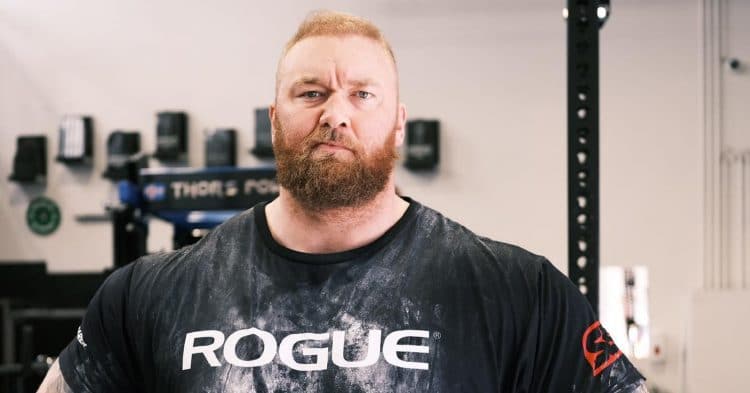 Former World’s Strongest Man Hafthor Bjornsson is looking to get his unbelievable 10th win at the Iceland’s Strongest Man. However he says this may be the last time he is seen in strongman competitor ever.

The last few months have been real busy for Bjornsson, between setting a world record for the deadlift, and preparing for a boxing match with Eddie Hall. Not to mention the other responsibilities he has to interact with his fans. It even got to the point where he revealed that he would not be competing at this year’s World’s Strongest Man.

It would seem that Hafthor Bjornsson is taking this a step further, as he explained in a video to his YouTube channel. The majority of the video is a standard strongman workout in preparation for the upcoming Iceland’s Strongest Man contest, where he looks to get his tenth win. However at one point he addressed his fans, and revealed that this will quite possibly be the last time he competes as a strongman.

“This will most likely be my last strongman show,” Bjornsson said. “The reason for that is because I know…well, to prepare myself for a major big show means I have to be super heavy and super strong. That’s going to be a difficult test to do while preparing for the boxing match. That’s not going to mix together very well. But I will be able to do this show because it’s close and I don’t need to be at my fully best to still win. At least I believe so.”

This is a bold proclamation from Bjornsson. He alludes in the video to the fact that he is focused on his boxing match, so he is leaning down. This goes against the type of work he has to do in order to be at his best for strongman. Therefore he opted to do the ISM, because it is closer, and he feels that he has enough of an edge over everyone else to be victorious. After that, his future in the sport is undetermined.

Do you think Hafthor Bjornsson will really retire after the Iceland’s Strongest Man?