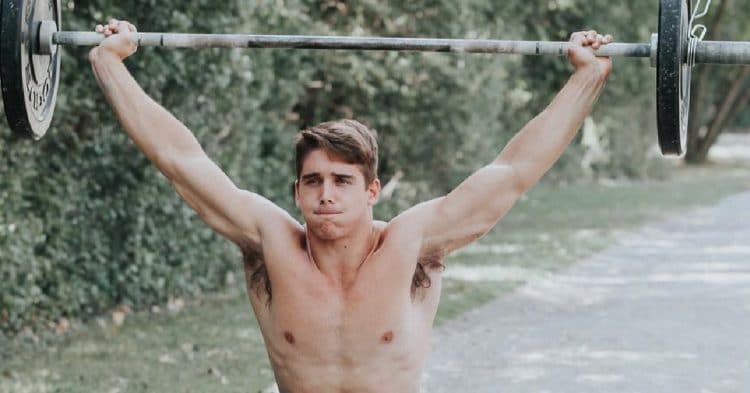 Some troubling news has shaken the CrossFit community, as one of their athletes has been hospitalized and is in rough shape. Dylan Kade is in the ICU, due to a life-threatening case of bacterial meningitis.

At 19 years old, Dylan has already competed in the CrossFit Games on three occasions. His first contest was in the 14-15 age group, where impressed with a 5th place show. Although he would have a lackluster performances the next year, scoring 12th, he would bounce back with his best showing to date, earning 3rd at the 2019 Games.

Unfortunately, it seems that Dylan Kade is in rough shape right now, and in need of some help. He has been in the hospital since June 23rd, dealing with a serious case of bacterial meningitis. A recent update from his girlfriend, fellow Games athlete Mia Nightingale, revealed that he has since been moved to C.S. Motts Hospital on the campus of the University of Michigan, where he was diagnosed with encephalitis and put into the pediatric ICU.

“As some of you may know, my boyfriend, Dylan, has been in the hospital for about a week and a half for a very severe and rare case of meningitis. The first week, Dylan was admitted into a smaller hospital and just thought it was a regular case of meningitis. We started to realize that he was not getting better, but instead getting worse everyday there. The doctors told us it was much more severe case, and couldn’t figure out how he got it. Yesterday my mom, Dylan’s mom, and I transferred him to the Ann Arbor Motts center in the UofM campus. During the car ride to Ann Arbor, it was the first time I had gotten to see Dylan. I was able to take advantage of the time I had with him, and I held his hand the entire way there. I could clearly see he was in a lot of pain, but he was such a trooper and didn’t complain once on the ride up. Instead he kept asking if I was comfortable and okay. It’s been a very scary week, and we know he is now in the best possible hands he could be in. Dylan is the strongest person I know, and know he is using every ounce of his strength that he has to fight this thing off. I love him so much, and I couldn’t be anymore proud to be his girlfriend. Praying that he makes a full recovery and the doctors are able to help him in any way they can❤️”

This is certainly a terrible situation for Dylan and his family. The CrossFit community has been wild lately, but they are known to come together in times of need like this. If anyone would like to help out, they can donate to a GoFundMe that was set up to help.

FitnessVolt would like to wish Dylan Kade a quick and speedy recovery.