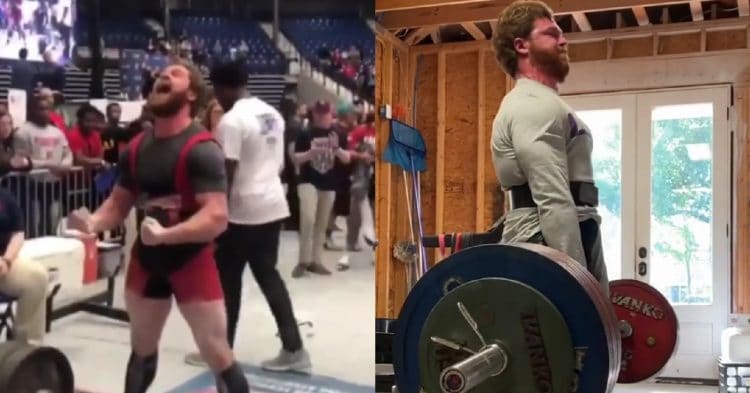 Most 19 year olds may like to spend their time partying or hanging out with friends. However Hayden Willis seems to prefer spending his free time scoring new personal records with impressive deadlifts.

There is a plethora of extra talented young powerlifters, and Willis is no exception. While in high school, he managed to set a Louisiana state record with an enormous 730lb deadlift. Since then he has only grown and gotten better, continuing to prove himself as an interesting prospect in the 93kg weight class.

This growth was evident recently, when Hayden Willis took to his Instagram recently. Here he nailed a 730lb deadlift, the same amount he got to earn that state record, but he did so for three reps. This is impressive in its own right, but the fact that it was a new personal record and he did it with ease.

If you were to see this lift on its own, you would like never guess that Willis was hitting a personal record. He pulled all three reps smoothly, backing up the claim that he had more in the tank. It also makes it seem likely that he can achieve the 770lb deadlift goal that he has set out in a few days.

This is a far cry from how Hayden looked at the RAW Nationals late last year, when he failed a 705lb deadlift attempt. Of course, that is just a product of the hard work that he has been seen doing. Here he is, just a week earlier, scoring a 720lb single. The difference in these two different deadlifts shows that he appears to be peaking just in time for his upcoming 770lb attempt.

It seems like all of these up and coming athletes are showing something special, and Hayden Willis is right up there with them. He has show a penchant for the deadlift, with the skills to match. It would seem the future is bright for this young man.