The youngin is really moving some big weight! 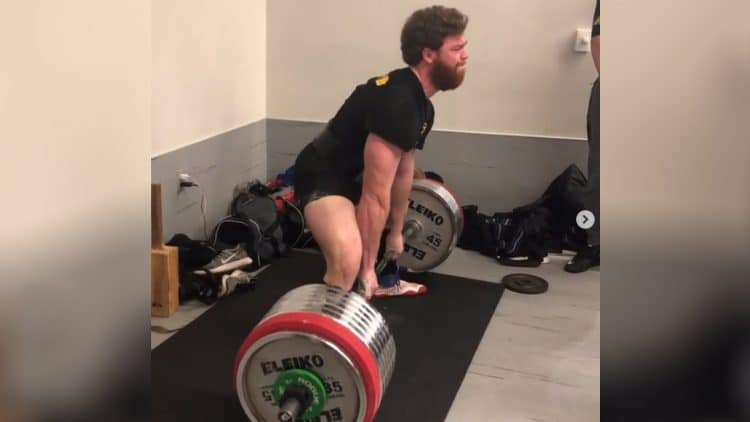 The trend of 19-year-old powerlifters deadlifting massive poundages has been every bit of reality with Hayden Willis who recently pulled 350kg/771lbs earlier this month in training (that’s a lot of weight) just a few weeks before Dylan Crawford made 725 pounds look like nothing, also in training.

Another notable 700+ pound performance from a 19-year-old was from Shane Nutt who has pulled 765lbs at 185 pounds in December of last year.

But we’ve yet to cover Willis who competes in the -93kg class but you bet we will be from now on as this is mighty impressive although, apparently he’s been lifting big poundages for a while now.

Check out the 350kg/771lb lift below… and you can also watch him deficit sumo deadlift 455lbs by scrolling in the same post.

This has happened to him a few times in the 700s as well but at such a young age, he’ll only continue to improve every aspect of his performance.

But Willis also has an almost equally impressive 735lb squat which requires some serious lower body strength and power.

Hayden Willis has only competed a few times but he was the 2019 highschool national champion and won the USA Powerlifting (USAPL) 2019 Raw Nationals with the following numbers.

We’ll be sure to follow Hayden Willis’ journey as he shows lots of potential at only 19 years old and we’ll also be sure to keep you up to date with the latest in powerlifting news.

Sara Sigmundsdottir and Tia-Clair Toomey Tied After Wodapalooza Day One