The Dubai Muscle Show is going down this week, with Ronnie Coleman and Phil Heath working together, to promote the show. In the process, the two shared some kind words about each other.

Both Phil Heath and Ronnie Coleman are among the many athletes who have made an appearance at the Dubai Muscle Show. This is a massive expo in the UAE, that is going down from December 5-7, featuring a multitude of events and athletes. Moreover, there are booths featuring plenty of familiar faces for fans of strength sports.

Amidst the expo, Heath and Coleman did some radio promotion for the event. Following this, Phil Heath left a heartwarming message alongside a picture of him and Coleman doing the interview. In this Instagram post, he gave the 8–time Mr. Olympia champ a ton of praise, even calling him the greatest bodybuilder of all time.

“In October 2004 I watched @ronniecoleman8 guest pose in Denver Colorado and I was simply amazed at his sheer size and conditioned muscle that I couldn’t help but stand up out of my seat in pure excitement. I

waited 4hrs to purchase 4 8×10 pictures which I still have till this day. I watched him win his 8th Sandow in 2005 shortly after I had turned pro winning the Mr USA competition, I was able to meet Ronnie later that night with @hanyrambod as they let me party the night away with them.

In 2011 I became Mr Olympia and now in 2019 during the @dubaimuscleshow weekend I had the honor and privilege to sit and share an interview with in my opinion the Greatest Bodybuilder of All Time last night! It’s incredible how life works as you just never know what can happen when you go after your goals with great sense of urgency, sacrifice and true passion.

Thank you Big Ron for always being an inspiration to all of us bodybuilders as your ability to transcend our sport made me a much better champion and Man!!!”

In addition to that, Ronnie Coleman shared a post of his own, saying he had a great time with Heath.

“Had a great time with @philheath on the radio today. We’re in Dubai doing promotion for the Dubai Muscle Show. I was at my booth today, The Ronnie Coleman Signature Series booth for about 3 hours.

I will be there tomorrow, Friday from 1-6 and the same Saturday. We are at the Dubai conversation center. This is my 4th year in a row and every year gets bigger and bigger. Come on out and see ya boy you guys. I have my new book for sale along with tons of t-shirts and photos.”

It is no secret that Coleman is considered to be an all time great bodybuilder. As such, everybody is excited to see him at the Dubai Muscle Show. Even Larry Wheels could barely contain his excitement when running into Ronnie.

Ronnie Coleman has had an excellent career, and is without argument one of the greatest bodybuilders of all time. It is heartwarming to see the impact he has, even through various generations of athletes. 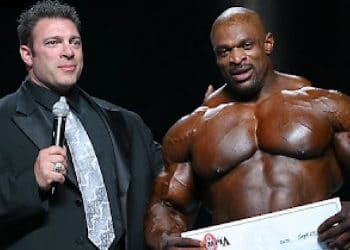 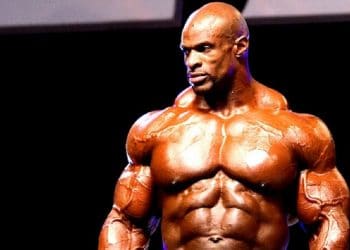