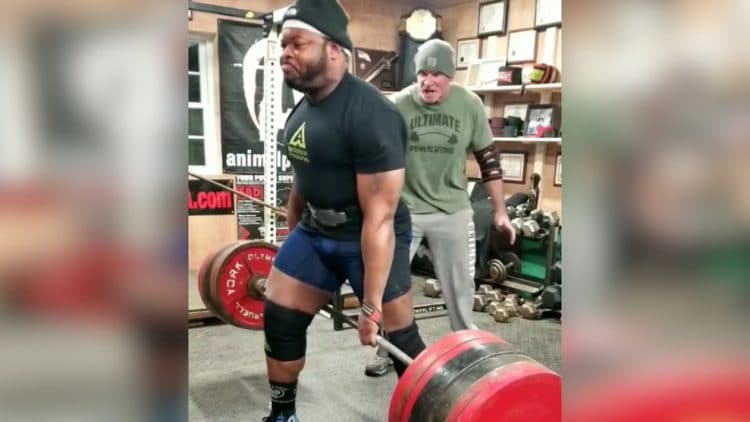 If you had any questions about how strong Sean Green is, wonder no more. He silenced all critics, when he set a new unofficial record for the Jefferson Deadlift.

Green is a fairly accomplished powerlifter, having competed since 2011. He is a winner of multiple regional and national championships. In addition to that, he also captured first at the 2018 Olympia Pro Powerlifting Meet. He is a super powerful athlete, and seems to keep getting better.

On the other hand, today’s focus is on work Green did in the gym. In a recent Instagram video, he can be seen hitting a ridiculous 906lb Jefferson Deadlift. This deadlift variation is done between the legs, with one foot stepped over the barbell. What makes Sean’s lift so impressive, is that he has unofficially crushed the world record for the heaviest lift like this. Moreover, Green became the first person to do a Jefferson Deadlift of over 900lb.

That is a mind blowing lift from Sean Green. The previous record for this lift is 810lb, which was set recently. Therefore, he annihilated this record by lifting a massive 96lb more. Although this record is not officially verified, there is no doubt how incredible this performance is.

In the post, Green tags and calls out several other powerlifters to try their hand at beating this record. Among the people who saw this performance, was the man who previously held the record, Steve Johnson. As a result, Johnson is looking to respond, and try to recapture his record. On the other hand, there is still quite the differential between these two Jefferson Deadlifts, so it will be interesting to see how he does.

Sean Green continues to show the world how powerful he really is. When he is able to make this new record official, there will be little room for doubting him moving forward.