Video: 15-yo Mahailya Reeves’ Record-Setting Bench Press, & Other Big Lifts From The Week

Catching Up On The Biggest Lifts Of The Week 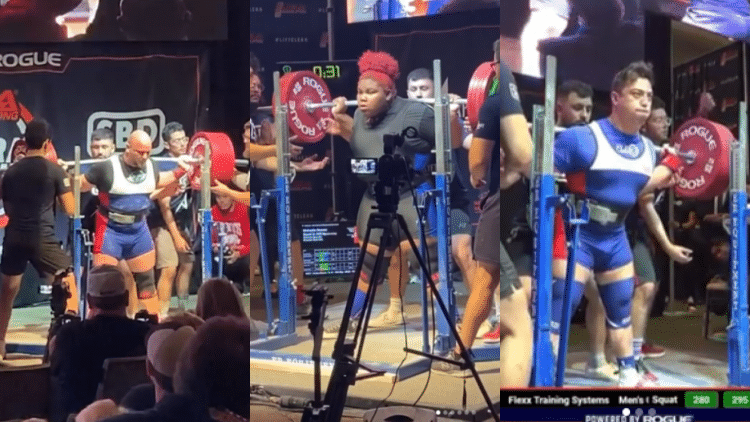 This week has been busy, in terms of powerlifting. Therefore, we take a look back at some of the most impressive lifts that happened, which you may have missed.

Athletes from all over the world have been hitting some big lifts over the last week. The USA Powerlifting Raw Nationals wrapped up, which gave one last look at some of the best powerlifters in the world. As a result, some of the best performances left us with several new records.

Today we are going to take a look at some of the best lifts that took place. From a 15 year old phenom, to a three time National Champion, here are some of the strongest performances from this week.

Heading into the USAPL Raw Nationals, Cayco was looked at as one of the favorites in the 93kg division. He had a big performance earlier in the year, winning the California State Championships, setting records along the way. However what brings him to this list, was his impressive lifts at the Raw Nationals. He managed to hit a 667lb squat and a 738lb deadlift. Moreover, he set two American Records for his 509lb bench press and 1,914lb total. Those are some pretty big lifts.

Connor continued her reign of dominance over the Raw Nationals 47kg division. Heading into the contest, she had already won the competition the previous two years. Subsequently, she managed to continue that streak, with a third straight win. She accomplished this, with a 137.5kg squat, 72.5kg bench press, and 183kg deadlift, for a 393kg total. These big lifts saw her set a new American Record, and unofficial World Record for her deadlift. The other two lifts were posted to her Instagram, but here is the record-setting deadlift:

Dennis Cornelius managed to capture his second Raw Nationals title with some impressive lifts. In the 120kg division, he completely dominated his opponents. He punched in with an incredible 387kg squat, a 242.5kg bench press, and 317.5kg deadlift for a crazy 947kg total. While these were not his best lifts, it was enough to crush the competition.

Topping our list is 15 year old Mahailya Reeves, who is nothing short of a phenom. Hitting the stage for her debut at the Raw Nationals, she gave some unbelievable lifts. In the 84kg division, she hit a 245kg squat, 167kg bench press, and 199.5 dead lift, for a massive 611.5kg total. Moreover, her bench was a new American Record. Not a bad job in her first time hitting the Raw National stage.

This week delivered some incredible action in the powerlifting world. All of these athletes were impressive in their own rights, and put together some really big lifts.