Helle Trevino Explains How She Deals With Haters And How Her Training Is Coming Along Ahead Of 2020 Ms. Olympia 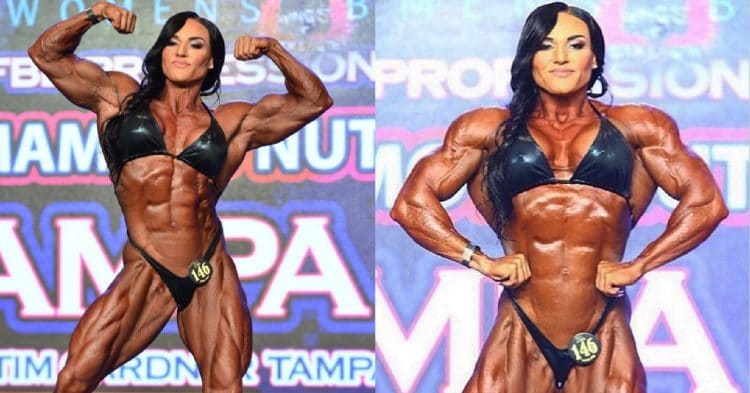 With the return of the Ms. Olympia almost upon us, many of the top female bodybuilders have been honing their craft, and preparing for this massive moment. One such example of this is multiple-time Wings of Strength champion Helle Trevino, who has been working overtime to get ready.

When it comes to the female side of bodybuilding, few athletes bring the type of excitement to the stage that Helle does. She has used her ridiculous physique to win multiple IFBB Wings of Strength events, including the 2017 and 2019 Rising Phoenix World Championships. As a result, she is one of the major contenders for the Ms. Olympia throne, when it makes its return later this year.

In Prep Mode For Upcoming Contests

With that being said, before Helle Trevino can compete at the Ms. Olympia, she is looking to capture her third Rising Phoenix title in September. Speaking in a recent Q&A session on Instagram, she detailed what he training is like for this. Apparently she has been in camp already for about two months, because having long prep is something she likes to do.

“I’m about (9 weeks out), and I’ve been at it since about 20 weeks out. I like to do longer preps, just so I can have my time, and not having to rush.

“I have two shows. I’ve got the Rising Phoenix World Championships on September 5th, and I’ve got the Ms. Olympia December 17th-20th in Vegas. So that’s what I’m currently prepping for.”

Don’t Let The Haters Keep You Down

That being said, as skilled as Trevino is, she still has to deal with a ton of haters. With female bodybuilding being such a polarizing sport, she is never far from hateful comments on her social media. However she is not deterred by these rude remarks, instead being confused at the fact that these people are there to begin with.

“You learn with time, just to say it directly, to just not give a f–k. Why would you care? I just don’t care anymore. Of course, sometimes (it bothers me) a little, but it’s like ‘Dude, you’re on my profile, and you’re talking some trash about me. What are you doing on my profile? If you don’t like how I look, then why are you here looking at my profile?’ That’s a mystery to me. You don’t need to be here.

There are always going to be haters. I was brought up to say if you don’t have anything nice to say, don’t say anything at all. Maybe if we were all tolerant to each other’s differences, then the world would be a better place.”

Obviously Helle Trevino is a highly talented athlete and bodybuilder, so it is good to see that she can brush off the haters. She is one of the best in the world, and will certainly bring her best to both the Rising Phoenix and Ms. Olympia. She is an exciting athlete to watch, and it will be interesting to see how she does.

Russel Orhii Shares His Off-Season Workout, And It Is Harder Than You Think