The actor explained that you don't need to lift big to get in shape! 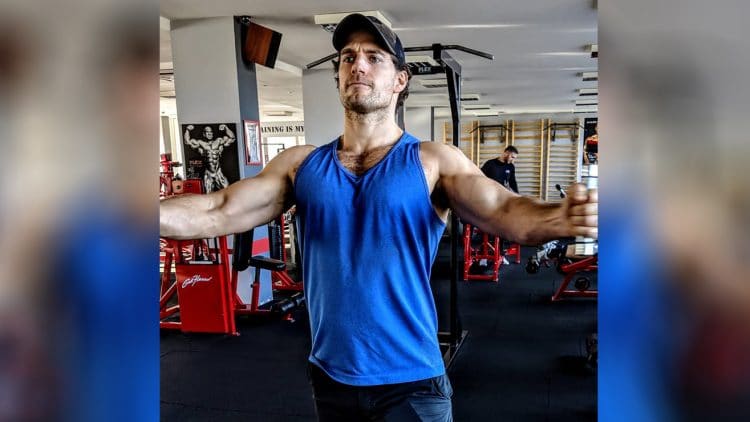 You probably know Henry Cavill from his role as Superman and he looked every part of it, from his crazy good looks to his chiseled physique. But, getting a body like that doesn’t always mean you have to train with massive weights. Cavill knows that there needs to be a balance and he went on Instagram to prove it.

Cavill posted the following message alongside the photo…

“Having a little flashback to my days in Budapest on The Witcher and found this photo. I like it because it shows that it doesn’t take huge weights every day to achieve results. I was doing everything I could in a busy busy schedule to try and get something in, whenever I could. During this period I learned that it’s not the weight that matters, it’s the workout.

So if you’re shy about going to the gym because there is always someone next to you using mahoosive weights, don’t be. You do your weights, just make every workout count. You might end up looking better than the fella or lady next to you that’s using those heavyweights.

I also wanted to give a massive shout-out to Adam at Flex Gym. Adam went out of his way to help make sure I could get some training in, no matter the time of day or night, he’d open the gym so I could throw some weights (big or little!) around. Thank you, my friend. I hope to see you soon!“

Henry Cavill is an inspiration to many and his physique speaks volumes about his work ethic. So the most important thing to take away from this is to be consistent and don’t always worry about how much you’re lifting.

“The Strongest Man In History”: Brian Shaw And Eddie Hall To Star In History Channel Series

Superman arguably has the most versatile superhero physique. It is not because he can fly, shoot lasers through his eyes,...

Henry Cavill Preparing For Witcher Cavill has quickly gone from being a skinny looking Hollywood pretty boy into the earth-shattering jacked...