The actor took to YouTube for a Q & A and was able to shed some light on how he approaches exercise. 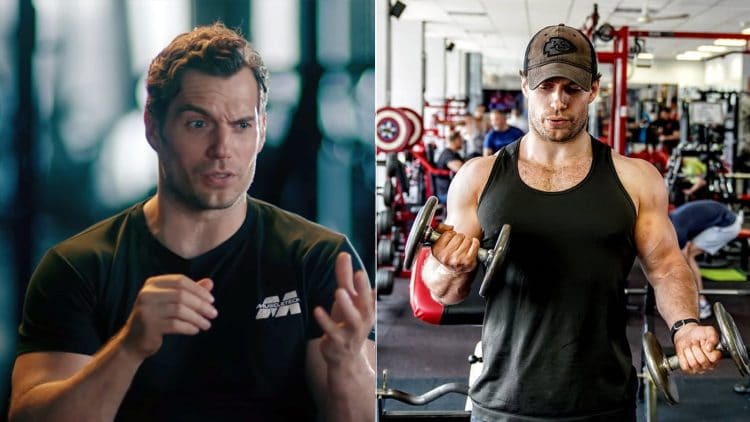 Renowned actor and fitness enthusiast Henry Cavill is one of the most sought-after talents in Hollywood nowadays. Recently, Cavill took to YouTube and offered up some advice for beginners looking to enter the world of fitness.

Henry Cavill’s time in Hollywood has seen him reach amazing heights. After his role as Superman and Geralt in The Witcher, Cavill’s knack for acting and love for fitness came together. Following his role in Man of Steel, Cavill became an international icon. Cavill has also drawn mass attention from the online gaming community for his continued interest in PC gaming.

The actor has taken to the gym a number of times in preparation for various show/movie roles. Given that Henry Cavill has worn the Superman costume and looked ripped doing it, it’s safe to say the Hollywood icon knows a thing or two about staying in shape. In an effort to help out some beginners with fitness advice, the famous actor believes each person is different and that should always be taken into account.

Henry Cavill Supports Varying Exercise Routines Depending On The Person

There are certain exercises the famous actor prefers. While in the midst of physiotherapy, Cavill has preferred cardio exercises because of the improvements he feels in his hamstrings and glute. Overall, his general consensus for beginners is to start by just doing it your own way.

Speaking in a video for bodybuilding.com on YouTube, Henry Cavill discusses some of what he enjoys but emphasized that doing it your own way with the right set of knowledge is one key to success.

“There is a massive enjoyment I get from doing certain kinds of cardio, definitely with my physiotherapy that I’ve been doing for my hamstring and glute. I really have gotten into my running, and enjoyed that some more. But I do love some weight training, there’s no other feeling than getting that really good pump after a workout.” Henry Cavill says.

“Do it your way. Get the right information, get the right knowledge, from someone who knows their stuff but also do fitness your way, whatever you enjoy doing and you get the most out of it.” Cavil stated.

It appears the movie star enjoys a wide array of workouts. While cardio and squats have become a major part of his routine, Henry Cavill credits weight training as his go-to during his gym workouts. The actor expressed there is no better feeling than a pump after a session of weight training.

Another cornerstone to Cavill’s fitness success is controlling what you can control. The actor is insistent that at the beginning, people flocking to the gym shouldn’t be afraid to do workouts that address areas of the body that need improvement.

As one of the busiest men in Hollywood, it’s admirable that someone as busy as Cavil still manages to maintain a fitness regimen. Henry Cavill offered some beginner tips for anyone looking to improve in the gym and it’s nice to see the Hollywood actor spreading information to help the general public get or stay in shape.