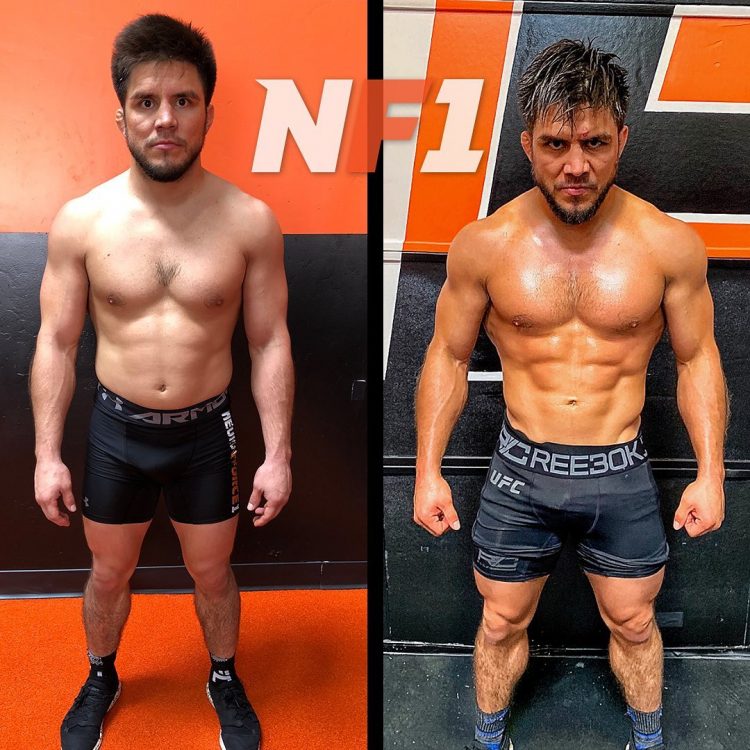 Henry Cejudo is a 2008 Olympic Gold medalist, the current UFC Flyweight Champion and if all goes according to plan come Saturday night. He will add “UFC Bantamweight Champion” to his list of accomplishments.

Last time we saw Cejudo, he fought the former Bantamweight champion, TJ Dillashaw, at flyweight and made short work of the former champ. An instant rematch was to be made at Bantamweight, but unfortunately, TJ Dillashaw was flagged by USADA for using EPO, a banned substance.

This brings us to Marlon Moraes an unstoppable Brazilian who is set to fight against Henry for the now vacant UFC Bantamweight title. Back in January when Henry beat TJ Dillashaw he claimed he gainst a lot of mass for his flyweight showdown and could easily fight at Bantamweight, which he will be doing, for the first time in his UFC career this Saturday night.

Just to show that he isn’t all talk, Henry did a shirtless selfie in which he looks massive

Henry credits Neuroforce1 for his awesome physique. From what I am seeing in Henry’s training videos they do a combination of weight training, plyometrics, bodyweight and endurance. All that with a bunch of electrodes and cables connected to Henry, which I presume are there to keep a constant lock on his bodily changes. That way they can give him the best body modern scientific based training will allow.

From what I’m seeing on their website they also offer a whole line of products for the body and the mind, accompanied by several training methods for various results. What’s interesting that with Cejudo, the current Bellator Featherweight and Bantamweight champion Patricio “Pitbull” Freire and #8 ranked UFC middleweight Paulo Costa, are also using Neuroforce1 as their strength&condiotning base.

What Does Glycogen Have To Do With Making Gains?