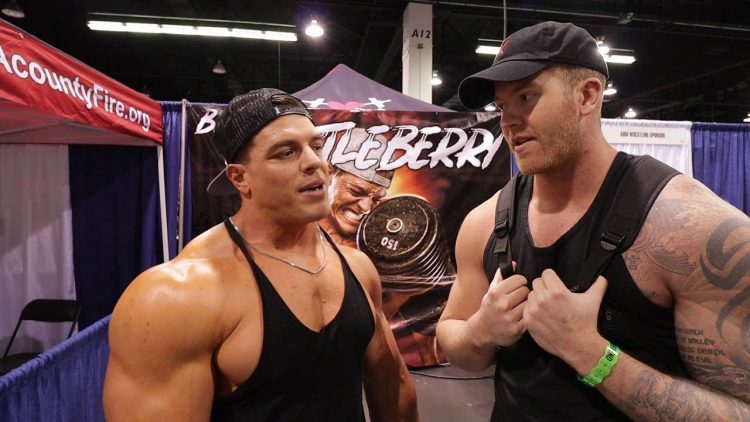 Well, well, well…what do we have here. Every time Kenny KO talks to Brad Castleberry at an expo something magical happens. Brad is always being super awkward and Kenny is trying to get a straight answer out of him to no avail.

This time Kenny tried to stir up some good old fashion sports rivalry and my oh my Brad said yes. So the long short of this that the two will face each other in a boxing ring some time in the near future with all the financial gain going straight to a yet undetermined charity.

Now if this were to happen, would be fantastic. These two would finally get rid of all that sexual tension they have going on between them and a charity would get some much-needed funds. However, Brad’s history with these kinds of call-outs tells me otherwise.

While back, Mike O’Hearn tried to call out Brad and make him do a collab’ video of them hitting the weights and Brad was all hype and biceps when the cameras were on. Once they turned off, getting a hold of the elusive Mr. Castleberry turned out to be impossible.

So yeah, Brad will agree to whatever the hell you want him to agree, but once the yt clicks stop rolling in, he moves to greener pastures.  I really wouldn’t be holding my breath regarding Brad doing anything like boxing against Kenny, but crazier things have happened.

Hell, just last weekend a tubby smiling Mexican knocked the life out of an Olympic boxing gold medalist. Why wouldn’t Bradley sign up to a chance to get his hands on the guy that’s been annoying him for years?

CrossFit 2019: Lauren Herrera And Chantelle Loehner Banned From Competing Until 2023