Life and accomplishments of Keith and Kevin Hodge 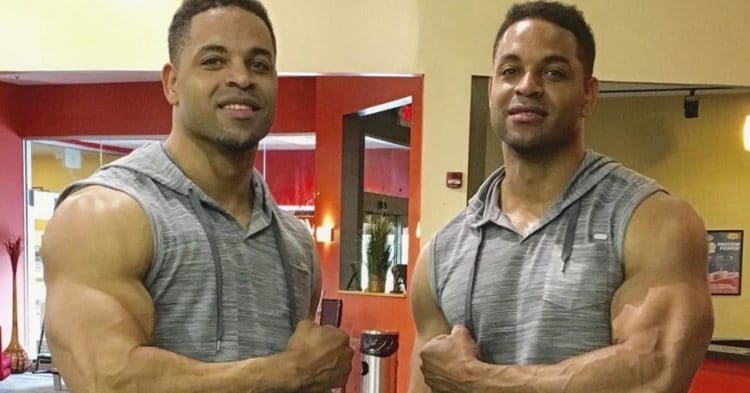 The Hodgetwins (Keith and Kevin Hodge) are a famous fitness YouTube duo consisting of twin brothers. This is their complete profile, biographies, training regimens, diet plan, and more.

Keith and Kevin Hodge were born in Martinsville, Virginia, USA.

They were the youngest out of the siblings, having an older brother and sister. The twins grew up very poor and have told stories on their YouTube channel about how they were desperate at times due to having nothing. So they often resorted to shoplifting.

That’s pretty ironic because they eventually landed a job where their duty was to catch shoplifters.

Keith and Kevin served time in the Marine Corps and pursued a career in finance, however, this obviously wasn’t the right path for them. So they wanted to pursue comedy and began making YouTube skits in 2008. And eventually, they decided to transform their physiques which led them to post videos about relationships, fitness, and more.

The twins would regularly post their physique progress and they became a go-to source on fitness.

They became increasingly more popular and pretty soon, the Hodgetwins rose to internet fame. They’re known for making hilarious videos together where they engaged in playful banter and came up with several famous catchphrases.

“This is all just advice. Do whatever the f–k you wanna do!“

By 2014, the Hodgetwins were fitness superstars and it was impossible to not have heard of them if you were a regular viewer of fitness YouTube channels. They have several million subscribers combined between their different channels.

As a result of their popularity, they started receiving lots of attention not only from subscribers from the media. And it wasn’t long before they were on magazine covers, promoting their clothing/supplement line, and touring the world doing comedy show tours. The Hodgetwins had become icons.

There have been several estimates of their net worth ranging from $3-5 million.

Keith and Kevin Hodge bought townhouses right next to each other as they each have their own families. They both have a few children each.

The Hodgetwins have a few different YouTube channels where they give relationship advice, share their political views, offer fitness advice, vlog, try out new fast food options, and Keith’s daughter has a channel on their page as well.

The twins regularly do comedy tours of which you can see the schedule for on their site and they’ve also done some acting.

The Hodgetwins have always preached keeping things simple and not overthinking it. However, with so many years of training experience and the results to prove they know what they’re doing, the twins have learned what works best for them through trial and error.

As a result, they do offer training advice based on their experience and most recently made a YouTube video titled, “What is the best bodybuilding routine?” giving very beneficial information on training frequency.

“Let’s say you do a push day with chest shoulders and triceps, for the next 48-72 hours after that workout, your body is building some muscle. After those 72 hours, that protein synthesis has gone down so now you have to get back there and break those muscles down again and start that muscle-building cycle again.”

“You’re going to make all kinds of gains!“

So they base their training regimes on this key information.

The following workout was from a more recent training video that the twins shared to their channel, TwinMuscle. They don’t typically go too heavy with leg training.

Like with training, the Hodgetwins like to keep things rather simple but still appropriate for their goals. They also don’t hold back when it comes to trying new fast food items at a variety of places on their channel, TwinMuscle. Although, this is only the case for one meal out of the day, and the rest is healthier options.

And they’ll typically opt for the fast-food choices following a workout when the body can best utilize the calories and protein rather than store it as fat. To stay lean they also do some jump rope for cardio in addition to their intense training routine.

In general, though, they make sure to get in enough protein for the purpose of building and maintaining muscle. So if they’re cutting (burning fat) for example, they’ll do high-protein and then they fill in the rest with carbs and some fat to ensure they get in enough nutrition to support their gains!

But they don’t just follow one single nutritional plan as they usually have lots of variety.

Keith and Kevin Hodge have truly come a long way with their internet success and the attention they have received because of their hard work is well-deserved.

They went from poor kids in Virginia to big names in the fitness industry with a large fanbase around the world. The Hodgetwins continue to provide value to their viewers and fans which has allowed them to do what they do and we don’t see them stopping anytime soon!

18 Best Upper Chest Exercises and Workouts To Build Your Pecs

Natasha Aughey is a twenty-seven-year-old Canadian beauty, who inspires her 250k YouTube subscribers and Instagram followers with her fitness training...