Life and Accomplishments of Natasha Aughey 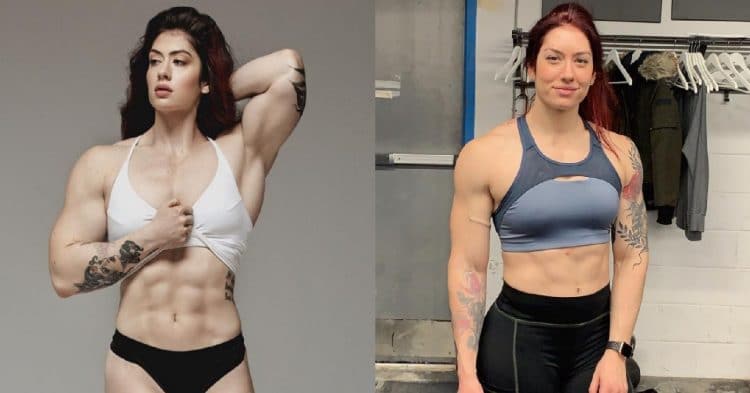 Natasha Aughey is a twenty-seven-year-old Canadian beauty, who inspires her 250k YouTube subscribers and Instagram followers with her fitness training and social media prowess. She began her journey into fitness by working out in high school. Today, Natasha Aughey is an Internet sensation in the True North who won’t let anything stand between her and her next personal best.

She doesn’t have a long string of competition inspirations behind her, but when she enters a comp, Natasha Aughey impresses.

Natasha Aughey’s social media highlights are her main focus, but she is also a personal trainer who is helping many online and off attain their own goals and lifetime achievements.

Natasha Aughey was born on March 18, 1993, to Canadian parents in the Canadian capital of Ottawa, Ontario. She led a humble Canadian beginning with her sister and parents who separated and is an Instagram superstar today.

Since launching a gym membership for a hobby in high school, Natasha Aughey has become an Instagram celebrity and a Canadian superstar in her own right. Since entertaining a gym interest as a teen, she has appeared in fitness magazines, competitions, and is a fitness guru on social media.

Natasha Aughey was raised in Ottawa, Ontario. When her sister and friends were playing with dolls together, Natasha wanted to be outside kicking a soccer ball.

She began her fitness journey in high school and fell in love with it. Natasha started off with a cardio routine that she loved, and she added strength training a few years later. College was not on Natasha Aughey’s agenda, instead, she pursued the career of a fitness trainer.

After high school, Natasha Aughey went ahead with a CanFitPro Certified Level 1 Trainer designation, so that she could become a personal trainer and complement her social media income with fitness clients.

When Natasha began weight training, she took advantage of trainers that helped her make the best choices from weights to fitness and diet planning. It wasn’t long before she was able to sculpt the body of her dreams. Natasha Aughey was standing out at the gym as well.

Her best friends kept encouraging her on. They told Natasha to take her fitness goals to social media, and a star was born.

It was 2011 when Natasha Aughey launched her Instagram account. Today, Natasha’s Instagram has over one million followers and over 1,800 photos. She also has an active YouTube page with a number of videos from working out to carving pumpkins. Natasha Aughey loves her fans and followers and makes sure to feed them as often as she can.

Her YouTube presence began on September 21, 2015. Her most popular video is “Natasha Aughey – Leg Day” which was posted in June 2017, and has millions of views.

By 2013, Natasha Aughey was competing in the 2013 OPA Ottawa Championships and placed sixth.

Now, Natasha Aughey has a global presence, and an avid following as far away as France.

This influence has been seen by some of the trendiest fitness gurus in the industry, including Louis-Philippe Jean, Jenaya Hofer, and Sharon Bruneau, also all Canadian.

Natasha Aughey does not have an extensive competition resume, but she does put herself in the ring to compete when she can.

Her first most accomplishment came at the age of 20, when she participated in the 2013 OPA Ottawa Championships, Figure, Tall categories. There she took sixth place.

In 2015, she took place in the Evogen Nutrition competition, where she placed third in her class at the Toronto Super Show.

Natasha Aughey is in the gym six days a week to make sure her followers stay inspired. She takes one day a week to recover. Her normal routine will begin with 25 reps of one workout, and she generally does four to five sets to keep her body looking the way it does.

She covers one area of her body every day, with a typical workout week looking like this:

Her most recent social media posts show her doing bench PRs, starting with 240lbs x 1, 245lbs x 2, and 255lbs x1. She knows her followers love her dance videos, so she will do that as cardio for them on occasion.

Natasha Aughey isn’t the kind to worry too much about strict, weekly diets and meal planning. But she does try to focus on nutrient-dense foods. Her favorite meal is chicken with rice and green vegetables. Her most recent check-in on Instagram has her clocking approximately 2,600 calories in one day.

Natasha prefers a diet that contributes to a lean muscle mass, with a variety of complex carbs, lean proteins, and healthy fats. She has been known to add whey protein isolate shakes into her meal planning.

She is of the variety of fitness trainers that says it’s important to eat what you like when you are working out. Natasha believes that it is easier for her clients and followers to stay on task with healthy eating when they enjoy what they are eating.

When it comes to cheat meals, Natasha Aughey incorporates some favorites, but she also loves to plan healthy meals for cheats as well.

Natasha Augey works as a model, social media star, and personal trainer with the CanFirtPro Certified Level 1 Trainer certificate. She’s also worked for EHP Labs the supplement company and other brands such as Celestial Bodiez and Blackstone Labs.

CanFitPro is considered to be the best in Canada for fitness gurus. Founded in 1993, CanFitPro provides education, conferences, trade shows, and trainer’s certification. It is home to over 100,000 members with some of the most well-known and influential names in the fitness industry. Members come from Canada and 25 nations across the globe.

Other than that, that is all anybody is going to get about Natasha Aughey’s personal life. She does not share relationship or family information too often, but does put a lot of her life on Instagram.

Natasha Augey sends out a very chill vibe. She is an all-seasons kind of girl, and loves being outdoors. In the summer she is camping like a Canadian, and in the fall she is checking out the foliage on a hike. Some of her most recent posts show her walking and enjoying more views from the King Mountain Trail in Gatineau, giving her fans a glimpse of the Ottawa, Canada, winter.

She is also not afraid to get a little more personal with her readers and followers during holidays like Halloween. She recently showed off some of her dance skills while dressed as a cow.

13 Ways to Avoid Shoulder Pain in The Gym