Jujimufu, aka Jon Call Squats 600lb For Five Reps And Does Deficit Deadlifts While Asking About A Move To Bodybuilding 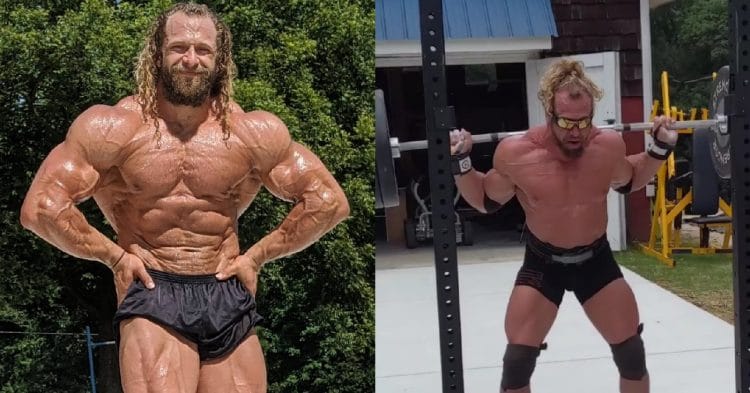 YouTube star Jon Call, or Jujimufu as he is more affectionately known, has made his name on his incredible physical skills. He put those talents to work recently in a big way, while prepping for a big change.

Jujimufu has become one of the most popular figures in the YouTube fitness world. First growing to fame as a gymnast by competing on America’s Got Talent, he has since moved into a variety of fields including powerlifting, arm wrestling, and most recently dabbling in bodybuilding. At every step of the way, he has displayed his insane athleticism and ridiculous strength.

This logic defying strength was front and center again with a recent Instagram post from Jujimufu. Here he managed to go five reps with a huge 600lb squat, while weighing 225lb. He also did some hefty deficit deadlifts, but the squat and his reaction afterwards is what was the most impressive.

Honestly there is a lot to like about this video from Call. Not only did he seem just as surprised as we were, that he crushed those squats so easily, but he looked absolutely ripped doing the deadlifts. Then his third video showed him doing some bodybuilding poses, showing his progress towards his switch to this sport. He event went as far as to ask his fans if they would like to see him sign up for a bodybuilding show.

To be fair, there is still a lot of room to improve with his bodybuilding skills. However, Call seems to be at least considering moving to this sport and has been doing the work to make adjustments. In particular, he has been doing a lot of focus on posing, as well as developing his physique.

When it comes to pure muscularity and raw power, few are as impressive as Jujimufu. No matter what it is that he is doing, he is always improving and getting better. It is always fascinating to see his progress, and the strength that he displayed in this recent update shows that he is constantly working. It will be interesting to see if he does end up signing up for a bodybuilding show, and how well he would do in that new venture.