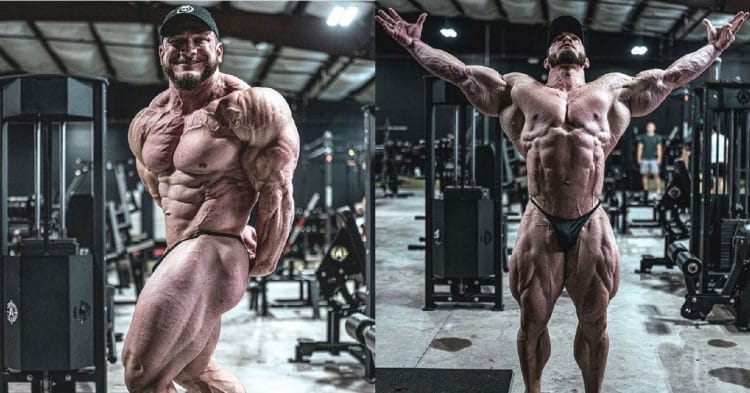 There is a ton of hype surrounding the pro debut of Hunter Labrada. Just over a week before that goes down, he took a minute to remind us why that hype is warranted.

Typically a bodybuilder’s pro debut is met with fairly little fanfare, but such is not the case for 28-year old Labrada. As the son of the legendary IFBB Pro Hall of Famer Lee Labrada, Hunter gets a bit of extra scrutiny in his career. Whether or not you feel this is fair, it has still been seemingly apt, as his amateur career went well, seeing him win every contest he competed in, including the 2018 NPC Nationals to win his Pro Card.

Now Hunter Labrada is set to make his long await pro debut at the upcoming Tampa Pro. This will be the first major bodybuilding show to take place since things got crazy in the world, and Hunter is excited to make his debut on this massive stage. Just 9 days before the event goes down, Hunter took to his Instagram to share a sneak peek at his physique ahead of this debut, and he is looking absolutely tremendous.

This was not the only physique update that Labrada shared to his social media, either. He followed this up with a side tricep pose. The resemblance to his father is clear to see here.

“Another one *DJ Khaled voice*”

As if this was not enough, Labrada continued to hype his fans up with another picture. This time around, he showed off his bicep and leg definition. Things seem to really be coming together in his prep for this contest.

“Swear I’m done after after this one… for today🤣😈😎”

With his pro debut imminent, Hunter Labrada seems to have put the focus and dedication needed to bring a great package to the stage. All signs point to him being an exciting addition to the ranks of the Men’s Open division.

Black Rice vs. Brown Rice: Is One Superior Overall?