New IPF bench press rules are set to improve the range of motion to an acceptable level. 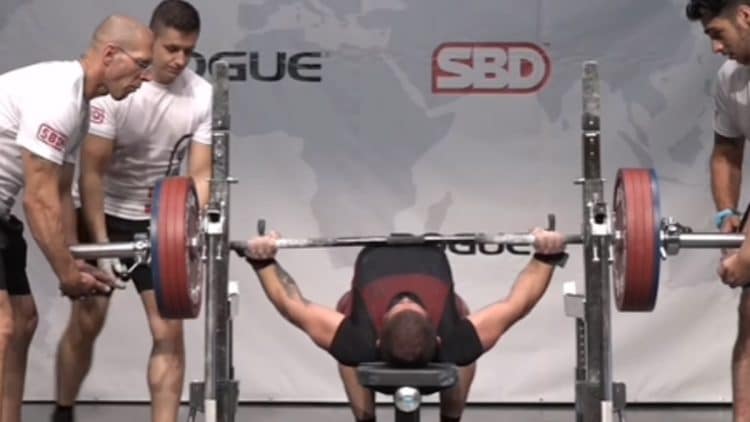 Powerlifting has been one of the most enjoyable and impressive strength sports for a while now, but some fans found that the range of motion (ROM) displayed by some athletes reached absurd levels. The bench press event has shown this especially, as powerlifters have adapted their bodies so they can arch their backs and complete the lift with almost no elbow bend. However, the powerlifting federations found that to be a big problem, since adding certain rules would result in more problems than solutions.

After a relatively long wait, the International Powerlifting Federation (IPF) has come out with a rule that they think will solve this issue. Starting in 2023, the judges at competitions sanctioned by the IPF will have another aspect to pay attention to. That is the depth check. Put in simply, the underside of the elbows will have to be level with, or below, the shoulder joints. So, the bench rules will become very similar to squat rules.

Check out the new rules with picture examples here:

Although this will probably take some time to get used to, it seems like the IPF has found a way to eradicate the extreme arching problem on the bench press. They revealed that they made this decision after a long and extensive discussion with multiple committees. In addition, the IPF decided to implement the new rules following the 2022 IPF World Bench Press Championships held from May 21-29, in Almaty, Kazakhstan, since they got numerous complaints about the old rules.

In addition to the depth rule, the athletes now cannot put their feet up on the bench during their setup. This move was also a tool for back arching, so it will also affect anyone who used this technique. Apart from these two new rules, all the others remained the same.

For example, lifts like the one below this will not count due to the new elbow depth rule.

There is a great deal of competition when it comes to powerlifting at the top levels, just like in any sport. In accordance with the rules outlined by their respective federations, athletes may take as many advantages as allowed by those rules.

In order for the lift to be considered valid, the athlete must maintain firm contact with the bench, let the barbell come to rest on his or her chest, and successfully return the barbell to arm’s length.

While the new bench press rules will bring enjoyment to many fans, it is also great to see that the IPF is listening to the feedback and making changes accordingly. These rules will start being implemented on January 1st, 2023, which will be one of the most drastic changes in recent history. It is unclear if any other powerlifting federations will follow in the IPF’s footsteps.