Mahailya Reeves’ recent performance was not only record-breaking, but also historic. 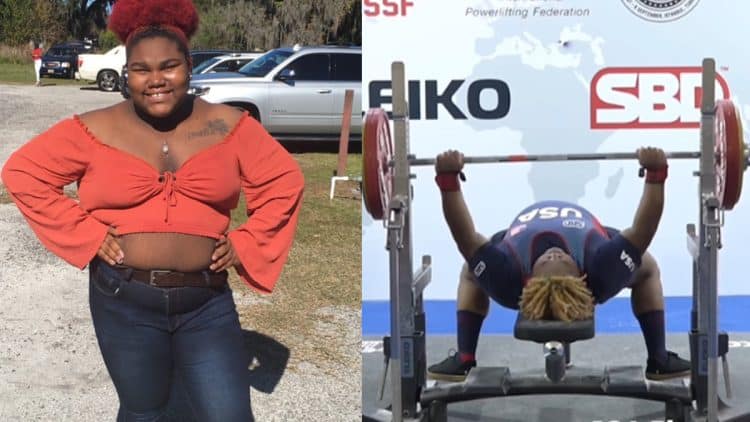 The 2022 IPF World Sub-Junior and Junior Powerlifting Championships took place between August 27th and September 04th, in Istanbul, Turkey. Competitions with only younger age divisions are always full of surprises, but a few athletes stood out as favorites because of their reputation. One of them was Mahailya Reeves, who was noticed for her bench press skills at 15-years-old. Now a few years have passed and Mahailya managed to break the IPF Raw Bench Press World Record in the +84-kilogram weight class. She did so by successfully locking out 164.5 kilograms (362.7 pounds), which was one of the competition’s highlights.

Not only did Mahailya Reeves break the record in the +84-kilogram weight class, but by taking a quick look at the records from other weight classes it is clear to see that no woman has bench pressed more weight in the history of the IPF. Most impressively, Mahailya achieved this at the age of only 18-years old.

Amélie Mierger previously held this World Record, as she bench pressed 163 kilograms (359.4 pounds) at the 2022 IPF World Classic Powerlifting Championships. Unluckily for her, the record stood for just two months.

Mahailya Reeves won the +84-kilogram weight class very comfortably, since the girl closest to her trailed by 129.5 kilograms (285.5 pounds). Reeves did not score any new competition PRs, but on the brighter side, that proves that she has more left in the tank.

Mahailya’s performance at the 2022 IPF World Sub-Junior and Junior Powerlifting Championships could’ve been better if she succeeded in her final deadlift attempt. In spite of the result, she was definitely happy with what she achieved.

Courtesy of the ALpowerliftingTV YouTube channel, Watch all of Mahailya’s lifts here:

This was Mahailya Reeves’ 21st sanctioned powerlifting appearance and her 19th victory. In addition to that, she also set an IPF World Record in the Open division (all age classes) for the first time. Her achievements in under four years of professional competition are remarkable.

There is likely to be a bench press competition between Mahailya Reeves and the previous record holder, Amélie Mierger, in the near future since they are only separated by a few pounds. However, Mahailya currently holds it and is also more than ten years younger than Mierger. Additionally, Mahailya bench pressed even more weight in training, so she may be able to improve on her record in the future.