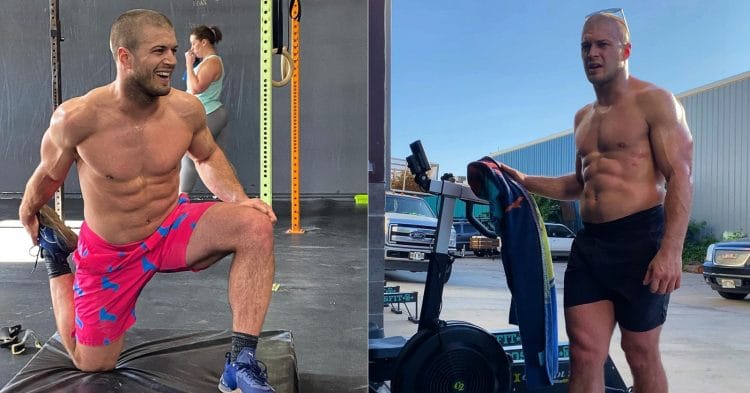 CrossFitter Jacob Heppner has announced on Instagram that he is retiring from the competitive side of the sport. A veteran CrossFit Games competitor, 30-year-old Heppner said that next on his list of goals was to be a commentator, host seminars from his barn gym, and maybe compete in some firearms competitions.

The announcement came on the day the 2021 CrossFit Open began, when Heppner urged his fans and supporters, “Don’t freak out.” He also offered an inspiring message of change, and how even “unexpected” events, while sounding negative, “can be good.”

Change can be scary.

Change can also bring about something unexpected, and “unexpected”, while some put negative connotations on this word, can be good.

Don’t freak out! I’m not going anywhere, you just won’t see me on the competition floor going forward. There are some things I’ve always wanted to do in this sport – commentate, run camps, deliver products to coaches that will change their businesses, give back the community that has given so much to me, and all these things require time … and as we all know time is, unfortunately… finite.

I won’t go into all the details here but I will in a full Youtube video – Link in Bio for “Why Now” and “What’s Next.”

Jacob Heppner also posted to YouTube to explain how he got into CrossFit, and how he felt about it once he got in, and little about his retirement from Crossfit games.

“I’m here to announce today that I am done specifically competing in the sport of CrossFit,” Heppner said. “For some of you, super saddening. For some of you, you’re super excited because another spot on the leaderboard opened up.”

“CrossFit has been one of the largest blessings in my life. The people I’ve met, the friendships I’ve forged. The fact of the matter that friends and competitors are the same people. The person competing next to me also cheers me on.”

“[In college] a gentleman approached me…because he knew I was still going into my senior year of football I still had a year left but it was a summer internship. And he’s like hey I know you’re exercising, you’re in shape, and you’re preparing for football….like you should try this new thing out. And I’m doing this new exercise routine, and I was like, cool what is it?

And he goes, show this thing it’s called CrossFit, you should show up. And I’m thinking, that sounds like a cult but okay. So I agreed to it, and he’s like yeah show up tomorrow. Tomorrow at five in the morning. Stupid, I was like I should have asked for the time before what I was doing. But anyways I showed up, and fell in love with it, just the idea.”

He discussed how this part of his life is coming to an end, and what is to come.

“Now I’m coming to a point in my life where change is going to occur again. If you’re here because of an Instagram post, you’re here to determine why now, why am I deciding to quit now. And then what now, if you’re new and you didn’t see my Instagram post, I decided to essentially specifically step down from specifically competing in CrossFit. I’ll be competing in other things….. So you see me working out and shooting. I’ll be competing in that um throughout this year. I’ll be doing um firearm and fitness competitions throughout the year. That’s gonna be kind of exciting to me, something I’ve always wanted to do for a long time, and something I’m going to explore.”

Heppner also noted that the training time he uses now could be better spent:

“You know when you’re competing in the sport wanting to do well, in anything in life you have to spend a
lot of time doing that. You have to focus on it, and I realized that spending that time, the five, six hours a day worth of, training in the gym, was a lot of time that was could have been spent elsewhere in better ways. Better ways that would maybe improve the CrossFit community more, create something for the CrossFit community that would help other people or pour into other people more. Or, you know meet other people or do other things, because the fact of the matter like I’ve been involved in this sport for so many years.”

In the video, Heppner also noted how much he liked the CrossFit community.

The records that Jacob Heppner has set are worthy of praise. But he’s not done with CrossFit entirely but just the competition part.

His retirement brings a change to the face of the 2021 CrossFit Games. In addition to this change, the 2021 CrossFit season has other changes, from qualifications to sponsors. The qualification process has completely been rehauled, and the sponsor is moving from Reebok to NOBULL who just signed a three-year-deal with CrossFit. Other changes include a new Adaptive Divisions to the competitive season. CrossFit has also added an Equipment-free option for athletes competing at home in lieu of a local gym. WHOOP is also now the official wearable for CrossFit. Another loss to the community is that of five-time Fittest Man on Earth Mat Fraser being among the first elite CrossFitters to retire.  The CrossFit Games will have a lot of new faces this year. Also, the CrossFit Games are getting a new weekly news show on YouTube called Games Central.

Jacob Heppner has announced his next steps. They include more CrossFitting, just not at the competitive level. He says that the time he has been using for training is better served elsewhere.

“I would like to humbly announce that I’ll be running for a commentating position at the CrossFit Games this year,”

For one, he’ll be focused on giving back to the community. He said this is the only sport where the supporters and the competitors are the same people. And he plans to conduct seminars in his Barn Gym, where he shot his Instagram and YouTube retirement announcements. He is also still running a coaching service he calls GRIT. He has an app in development for GRIT that he expects will be out next week.