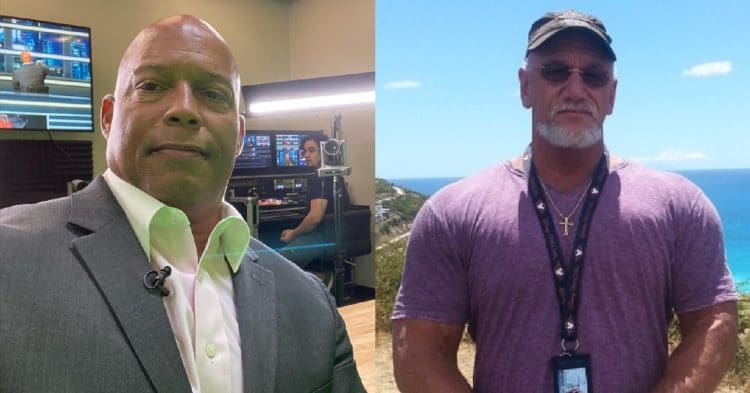 There has been a ton of criticism thrown Shawn Ray’s way recently, over his controversial commentary. Now Jake Wood sat down with Shawn to address these criticisms and talk about how things can change moving forward.

There had been a stir in the bodybuilding community when a petition began floating around, looking for someone to replace Shawn Ray as the commentator for bodybuilding contests. The Change.org petition seemed like a joke from a troll at first, but the more signatures that were added the more it became clear that there was a problem. For the most part the complaints surrounded his typically negative remarks about athletes and apparent lack of knowledge on bodybuilder’s history.

These negative comments got back to Olympia President Jake Wood, who decided to address these concerns with Shawn Ray. In a video they uploaded  to YouTube, the pair recorded their conversation, as Jake acknowledged the fan’s concerns. While Shawn makes some good points to his defense, the pair ultimately settle on the common ground that Shawn should be more positive.

To start, Ray explained a bit in detail about how he got into the position he was in, and how much experience he has. He also explained how difficult the circumstances from the pandemic have made it to keep track of athlete’s information. Wood said that during some of the recent broadcasts, he had noticed Shawn getting a little too relaxed, in part due to the fact that he was commentating from home. Shawn admitted that things got relaxed, and said that this led to him being a little more critical than necessary when it came to calling the action.

“We were very comfortable,” Ray told Wood. “So it became easy after two days of talking about athletes that were not familiar with, you can kind of go off script I think maybe sometimes you get a little too personal or sometimes a little too critical. Trust me, bodybuilding is a sport of criticisms, and I think the athletes are in a point of vulnerability when you criticize their hard work. You recognize that some of them aren’t in shape or some of them are disproportionate, and it magnifies it when you hear it from someone like myself.”

“Exactly,” Jake Wood responded. “When you’re commentating, you’re not in the judge’s chair. You’re kind of an extension of the promoter, and as the promoter you know what our job is; to make the athletes look good. To make fans out of the people that are watching the show. We want to build up the sport, so as a commentator that’s what we need you to do. The negative standpoints, no leave those behind. You have your own opinion, social media is a good place to bring that up, or perhaps sometimes on Digital Muscle if it’s pertinent, but when it comes to our shows, you’re there to support the athletes.”

Ray goes on to explain to Wood that he sometimes gets caught up nitpicking, saying that it is to benefit the athletes. However Jake makes it clear that this is the judge’s job, not the commentator’s. They then discuss how important Shawn’s role is this year, given that fans are not in attendance. On the other hand, now Ray realizes that he needs to adjust when it comes to the Olympia. He says that he has a better understanding of the difference between commentating at home and at the show.

“I don’t want to try to quantify my role in the industry because this is what I was born into,” Ray said. “I’ve been doing this since I was 21 years old, I’m 55. Are there people that can do it? I’m sure there are. Are they interested? Like I love Lee Labrada, very articulate but it’s not his thing, he’s not interested. There’s a lot athletes that are qualified that aren’t interested, and yet you have people that sit at home with a huge social media following or YouTube channel that think they can actually do the job. This isn’t American Idol where you can come in and try out.”

It was quite fascinating to see Jake Wood and Shawn Ray be open with their discussion on this matter. This transparency may do well to serve as reassurance to those who were unhappy with the commentary from the former bodybuilder.