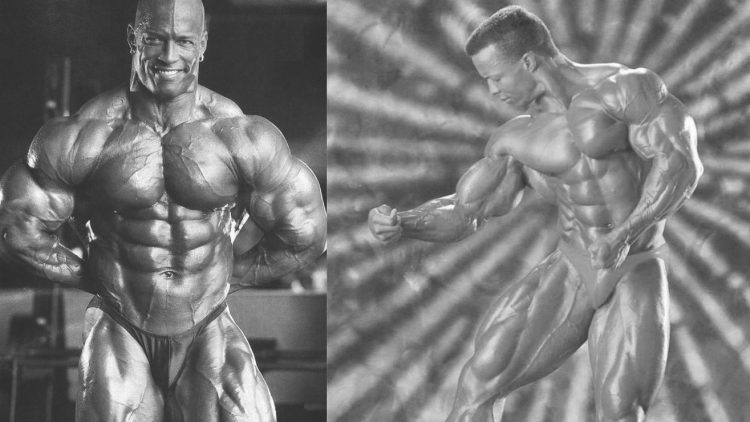 In over 30 major bodybuilding competitions, Ray only failed to place in the top five once. Signing his first professional bodybuilding sponsor contract in 1988, Ray has been featured in six video documentaries; Lifestyles of the Fit & Famous (Biopic), Final Countdown (Contest Prep for Olympia 1998), Inside & Out- Behind the Muscle, a look at his daily life on the Pro Circuit, To The Extreme (Training Video) Best of Shawn Ray (History of Shawn Ray). Fitness After 40 which is a biographical and documentary instyle, showcases Shawn’s life after the competitive stage being married with his first child while getting back on the Horse and getting in shape.

He is mentioned in The New Encyclopedia of Modern Bodybuilding by Bill Dobbins and Arnold Schwarzenegger. Ray also wrote a book about how to become a bodybuilder, named The Shawn Ray Way. Ray has appeared on more Flex Magazine covers than any bodybuilder in history and has also featured in many fitness and bodybuilding magazines worldwide. Shawn was a co-host on Flex Magazine Workout on ESPN for 5 years as well as hosting bodybuilding competitions for ESPN as a commentator for 8 years.

Shawn was the Co-Master of Ceremonies for the 2006 and 2007 Mr. Olympia Competitions held in Las Vegas, Nevada. Shawn is the creator of the only charity fundraiser for professional bodybuilding, Vyo Tech Nutritionals presents: Shawn Ray’s CHOC Hospital Golf Invitational. Over the last two year’s with the help of other pro fitness, figure and bodybuilding champions, as well as supplement companies and magazines, Shawn has helped raise and donate over $55,000.00 to the Children’s Hospital of Orange County by hosting this event annually at Black Gold Golf Club in Yorba Linda, CA.

Shawn was the first professional bodybuilder to fail the drug testing at the Arnold Classic, which was when he first won the title in 1990. He went on to win the title again in 1991. Ray retired from competitive bodybuilding in 2001 and is now working with a shaker manufacturer company from Sweden called SmartShake. He placed in the top five at the Mr. Olympia competition for twelve consecutive years from 1990 to 2001, two of those being first runner-up finishes.

He promoted the Shawn Ray Colorado Pro/Am Classic Contest-Expo, held in Denver, Colorado in 2006 and 2007. Shawn is now a Feature Writer for Muscular Development Magazine and the Host of MD Radio and MDTV as an Interviewer. He is also making a video documentary called Evolution of Bodybuilding – The Movie.

Ray competed in three different decades before retiring at age 36 in 2001. Although one of the most frequent competitors in the Mr. Olympia show, the winner’s title eluded him for his entire career. Ray was a Top 5 Mr. Olympia Finalist for 12 Consecutive Years, a feat no other bodybuilder has duplicated.

In his entire career, Ray beat every competitor he met on stage at least once, with the exception of 8-Time Mr. Olympia Lee Haney and 6-Time Mr. Olympia Dorian Yates. At 5’7″, 210 lbs, Ray was called a Giant Killer, having to give up at least 40 to 50 lbs and 4’5″ to three of the sport’s most prolific bodybuilders, including Lee Haney, Dorian Yates, and Ronnie Coleman

Ray married in 2003 and welcomed his first daughter, Asia Monet, into his family on August 10 of 2005. In 2008, Shawn and his wife Kristie welcomed their second daughter, Bella Blu, on April 30. In retirement, Ray has stayed involved with bodybuilding through “muscle camps,” seminars, grand openings, and as a master of ceremonies for contests. Ray has Promoted the New York Pro contest in New York City. His first daughter Asia was a contestant on Abby’s Ultimate Dance Competition and made it to the finals, placing in 3rd.

The sport of bodybuilding has grown tremendously since veteran Chris Cormier last battled on stage. In the latest Prime Time...