Dennis Wolf Reveals That He And His Wife Have Finally Gotten Official U.S. Citizenship 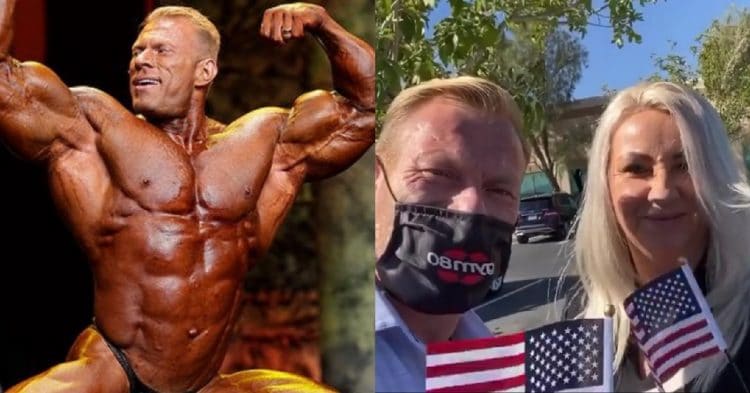 For fans of Dennis Wolf, you’ll know that he has been trying to get his U.S. citizenship for a long time. Now he and his wife seem to finally gotten their wish after a long struggle.

As a bodybuilding legend, fans have been really rooting for Wolf since his retirement from the sport. The German bodybuilder had been a mainstay among the elite for much of the last two decades, making a stand against the best of the best over the years. In the end a neck injury would force the conclusion of his athletic career, much to the disappointment of his fans.

Following the conclusion of his career, the next big goal that Dennis James was focused on trying to achieve, was become a United States citizen. Around nine months ago he had been approved for his citizenship, but was still awaiting the official confirmation that his paperwork had processed. Now, according to a post to his Instagram, both he and his wife are officially citizens of the United States.

Obviously this was a massive accomplishment for Wolf and his wife. The bodybuilding community was very proud of him for being able to earn his citizenship. The comments of this post was littered with people offering their congratulations to the newly minted American citizens.

“Wow!!! Congratulations to you guys 🙏” wrote the legendary Jay Cutler.

“Wow now this is what America is really about. Congrats!” commented Sergio Oliva Jr.

This accomplishment has no doubt made Dennis Wolf and his wife happy. As previously mentioned, it took nine months for this citizenship to become official. Although they knew that they would get approved, there was certainly still some fear and concern with how long it took for everything to process.

Congratulations are in order for both Dennis Wolf and his wife. It is not an easy process to get American citizenship, so it is impressive that they were able to get it done.

San Francisco CrossFit to Close Its Doors After Fifteen Years