Jamal Browner Runs Through A Massive 1003lb Deadlift With Ease 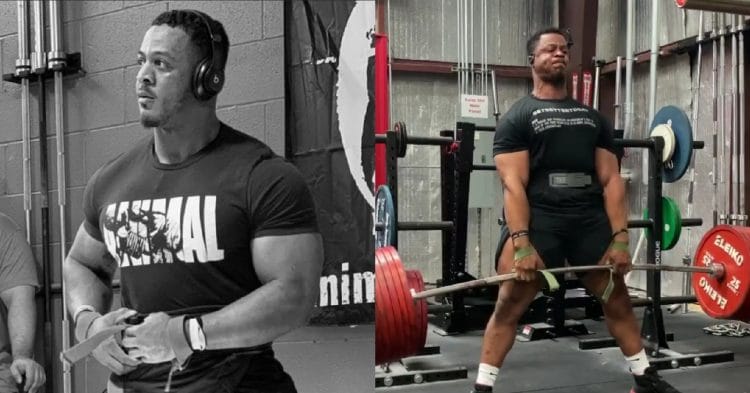 If there is one thing we have learned from the career of Jamal Browner so far, it is that he knows how to pull some massive weight. He showed this again in a recent gym session, when he casually deadlifted over a thousand pounds.

At just 25 years of age, Browner has already reached the highest levels of powerlifting, and he is not slowing down. Competing as a 110kg athlete, he holds some undeniably impressive victories throughout his four year career. However, without a doubt, his best showing came last February when he shattered two all-time world records; hitting a 971lb deadlift and a 2182.5lb total.

Despite not being able to compete since then, it seems that Jamal has no interest in slowing down. He proved that big time, with a recent training session he posted to Instagram. He did this by pulling a gigantic 1003lb deadlift, and doing so with ease.

Just having some fun in Texas. Peer pressure is a mf 😂😅”

Now to be fair, this deadlift was done with wraps, so it is not an unofficial world record. Nevertheless, Browner makes it look so easy that it seems like an everyday, run of the mill deadlift. This did nothing to drain his energy either, as he showed the next day when he had a solid squat and deadlift training session. This was much less weight, but it was done for reps, and he alludes to how surprised he was with how easy the weight moved, given the heavy pull the day before.

There is still a lot of room for growth in the game of Jamal Browner. However he has shown that he is not messing around with his deadlifts, and it seems likely that he will look to push his world record even further the next time he competes. When that will happen, and how successful he will be at trying to do so, are still yet to be seen.