Lya Bavoil Has Impressive Performance At Mock Meet In The Gym, Including A Ridiculous 496lb Deadlift 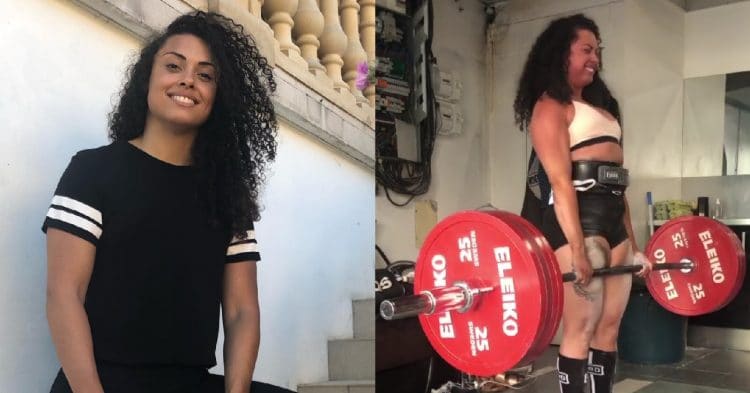 Few powerlifters have made as big of an impression at such an early age, as Lya Bavoil. Now the French phenom is back at it again, putting up some crazy numbers in the gym.

At just 26 years of age, Bavoil has beaten nearly every obstacle set in front of her. Not only did she have to deal with learning she had Asperger’s as an adult, but she managed to turn that into motivation for her burgeoning powerlifting career. This motivation turned to success, as she quickly became not just the best -63kg lifter in France, but one of the best in the world, by crushing some records and establishing her place as one of the elite.

Now Lya Bavoil is back at it again, this time in the gym, rather than competition. However that has not prevented her from still having a crazy showing in the mock meet she held, and shared on Instagram. On her way to a massive 1223lb total, Lya managed to hit a strong 474lb squat and 253lb bench press. But what stood out the most, was the incredible 496lb deadlift that she hit, pulling 3.5x her bodyweight!

Last block training with 2 scoops of my preworkout UTOPIA from @denovosupps! ❤️”

This is an incredible amount of growth between now and the last time we saw Bavoil in competition, back in November. Every single one of these lifts far surpasses her competition best, which already included some world records. Moreover that deadlift was just 1kg shy of the all-time world record for the 63kg weight class. With how easy she pulled the weight, it is evident of the work that she has putting in, like this deadlift session from a week weeks earlier.

The types of improvements that she has been making in training recently show that we have yet to see the best of Lya Bavoil. She seems to be chasing that deadlift record, and appears more than capable of getting it.

Iron Biby Overhead Presses Whopping 573lb Like It Is A Toy