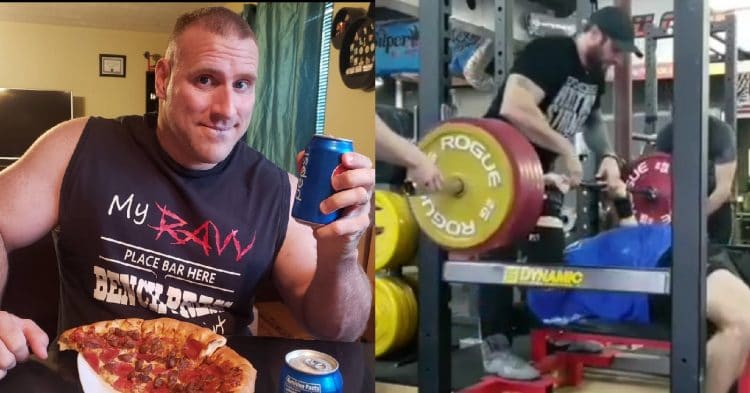 James Strickland is about as athletic of a powerlifter as it gets. He showed that in a big way recently, with a massive bench press session in training.

It may have taken James some time to discover powerlifting, but once he found it there was no looking back. Starting off as a competitive swimmer, and football player, it was not until he was 34 that he first competed as a powerlifter. However after that, he would make up for lost time in a big way, by keeping an insane competitive schedule over the next six years, and winning several meets along the way.

Even as he is approaching 40, James Strickland has no interest in slowing down. He showed that big time, with a recent post to his Instagram. Here, he can be seen hitting a gigantic 661lb paused bench press, doing so with relative ease.

You can see Strickland take a whiff of some smelling salts before going in on the lift. He manages to hoist the weight up with some help from his coach, pausing for a small amount of time before racking it. All in all, it was a rather impressive lift.

James is actually known for his pretty impressive bench press skills. Here he is a few weeks earlier, doing a 225lb bench challenge. Here, the goal is to do ten reps of a 225lb bench, in less than ten seconds, which he does super easily.

At the end of the day, James Strickland just goes to show that age is just a number when it comes to powerlifting skills. He seems to still be finding ways to improve, no matter the age. It will be interesting to see how he looks at his next contest, to find out how much this work has paid off.