Jamie Christian-Johal To Make His Pro Debut At Europa Spain, And He Is Looking Massive 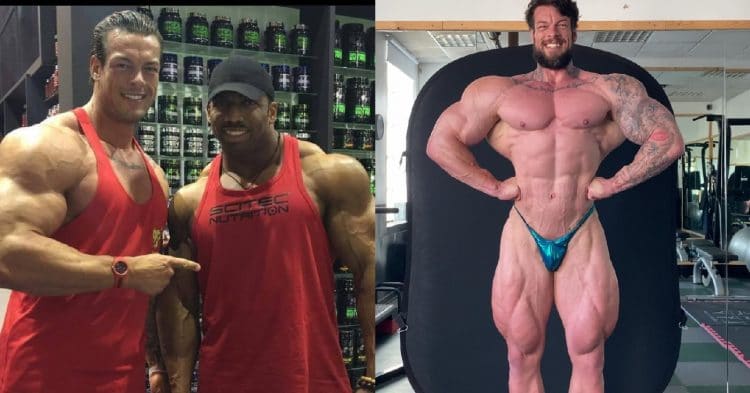 Going by the nickname The Giant, Jamie Christian-Johal has already made bodybuilding history. Now he is set to make his pro debut, and he is looking jacked.

Standing at a gigantic 6-foot-5, and weighing well over 300lb, Christian-Johal has made history as the tallest pro bodybuilder on Earth. With athletic stats more akin to a strongman, rather than a bodybuilder, he has turned heads for having an ultra ripped physique, as well as a huge stature. Not only that, but he made some serious noise for the way that he burst onto the scene a few years back, winning second place at the British Grand Prix, before finally earning his IFBB Pro Card a few months later. This officially landed him in the spot of the tallest man to earn that honor.

After taking some time off to work on the weak areas of his physique, Jamie Christian-Johal is finally set to make his pro debut. As noted by Nick’s Strength and Power, The Giant will be stepping on stage for the first time as a professional bodybuilder, at the IFBB Europa Pro Championships on October 11th. Ahead of this contest, he has shared some physique updates, and he is looking quite good.

This update was then followed up by another, more recent look at Jamie’s physique. Here you can see him working through a variety of poses and showing off the front of his frame. Although the view is rather limited, it is clear by the front of his physique that he has been grinding hard in the gym.

“Who’s ready for @npceuropean
–
Can’t wait to get on stage now. Another push this week for fat loss and then we’re ready to fill the rig properly 🙌🏽”

Now it should be noted that Jamie is not the tallest bodybuilder that we have ever seen. A while back we wrote about a man named Aaron Reed, who stands 6-feet-7. The only main difference between the two is that Reed never earned his Pro Card, therefore Jamie was able to earn the record for the tallest IFBB Pro bodybuilder.

It is going to be wild, seeing Jamie Christian-Johal step on stage among other bodybuilders, being as tall as he is. Moreover, his weight is going to rival the likes of Big Ramy, although they have very different physiques. Time will tell how things will turn out for him.