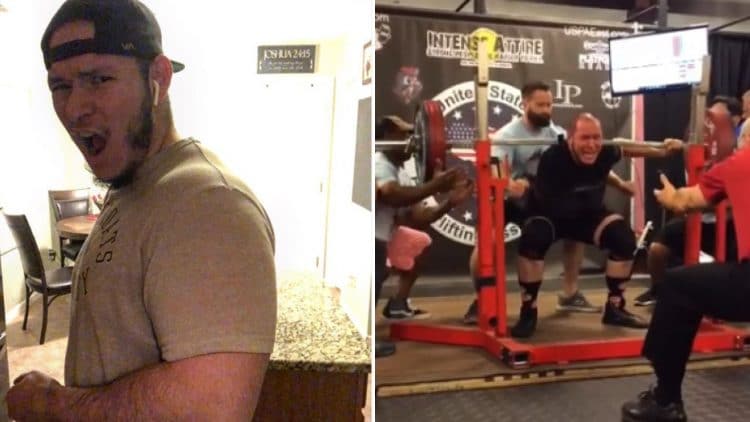 If you need some motivation to get you through the first Monday of the year, we have you covered. Take a look at Jay Bonilla, a powerlifter with one arm, who is causing quite a stir in the community.

Bonilla lost the use of his left arm in a motorcycle accident, back in 2013. Following the accident, he was granted a 5% chance of survival, but managed to pull through after being in a coma. Despite this tragic injury, and the loss of use in his arm, he still maintained a positive attitude. He felt he was gifted a second chance, and did not want to squander it. He began pursuing adaptive powerlifting, and turned his life around.

Bonilla took the stage at the Raleigh Rukus meet, in North Carolina, to start of the new year. Here, he managed to reach some serious success, going 7 for 9 on his lifts. Moreover, he managed to cash in a 920lb total at the meet. All this, after suffering a minor injury leading up to the event.

This is how Jay Bonilla did at the meet:

When it came to the squat, Bonilla went 3/3, hitting the 485lb mark on his third attempt. The 132lb bench press came on his second attempt, as he was unsuccessful on his third. As for the deadlift, he opted out of a third attempt, after hitting 303lb on his second go. He cited the fact that he tweaked his bicep, as the reason for not going a third time. He uploaded videos of his squat and deadlift to his Instagram page, to show his excellent work.

This was quite an inspirational showing from Jay Bonilla. He continues to show that, with hard work and dedication, anything is possible. How is that for some Monday Motivation?