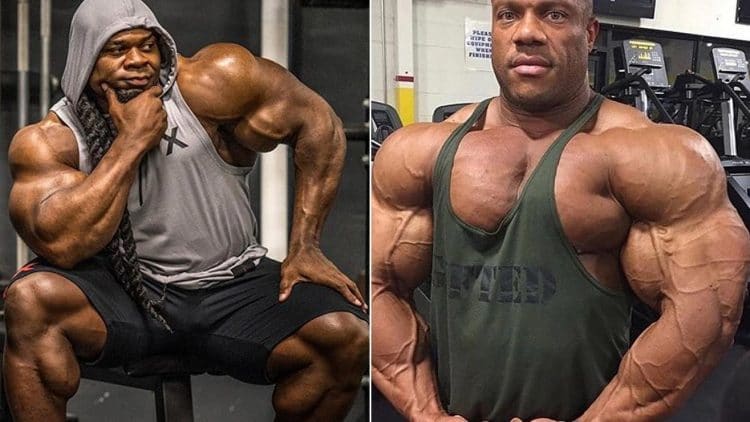 Former seven-times Mr. Olympia Phil Heath underwent major surgery on two huge hernia’s immediately after winning the 2017 title. The year 2017 was a bit challenging for Heath for competition-wise as Mamdouh “Big Ramy” Elssbiay had given Heath a razor-thin tough time.

2017 Mr. Olympa also had plenty of controversies. As many fans and bodybuilding community legitimately believed Phil Heath should have lost. As Big Ramy’s conditioning was way better than Phil, but the judges had some other plans and handed back the trophy to Phil Heath.

Social media personality LuiMarco who brought up the topic of bubble gut that immediately went viral as to why Phil Heath shouldn’t have won the title.

Now at 2018 Mr. Olympia things were repeated from Phil heath whose conditioning was visibly off on stage, and the scene of bodybuilding changed when judges called Shawn Rhoden, 43 a new Mr. Olympia.

Even the hall of fame bodybuilder and expert Shawn Ray who’s known for giving opinions in the bodybuilding community. Ray said he thinks deep down that Heath itself knows why he lost the 2018 Olympia as it was because of his stomach which also generated criticism after winning 2017 Olympia.

Phil Heath took some time to process his emotions on the loss of Olympia title. He recently mentioned that he needs another hernia surgery and today he’s heading to the operating room to fix the issue.

As Heath is going under the knife, his formal rival and bodybuilding legend Kai Greene sends out good wishes.

Taking a min to wish @PHILHEATH an easy and quick surgery today! Come back healthier so when I beat you ass on stage you don’t have an excuse ?? Ahh I know. I set myself up for that one ✊? but for real! Good luck on surgery today!

Taking a min to wish @PHILHEATH an easy and quick surgery today! Come back healthier so when I beat you ass on stage you don’t have an excuse 🤣🤣 Ahh I know. I set myself up for that one ✊🏾 but for real! Good luck on surgery today!

As of now, you must be aware of Phil Heath and Kai Greene’s rivalry. Both athletes haven’t competed against each other for over three years, and the questions still arise if two all-time greats will come on stage together.