Jay Cutler shares his secrets to having a hardcore leg workout, breaking down his own personal routine 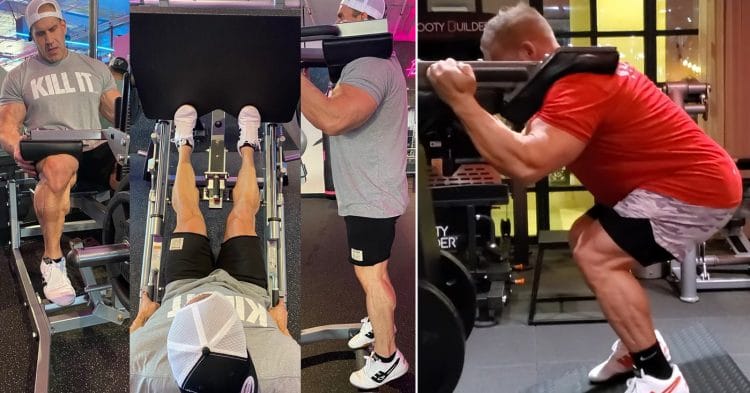 You would likely be hard pressed to find an aspiring bodybuilder who does not want to have legs like Jay Cutler. Well, now you can work towards that with his tips to bring your leg day to the next level.

Over the years, bodybuilding legend Jay Cutler has developed himself into one of the main ambassadors of the sport. He went from winning the Mr. Olympia, to helping others trying to do the same thing.

Jay has used various social media platforms to grow his brand into something bigger than himself. This is particularly evident with his YouTube channel, which has played host to interviews and training tips over the last several years.

This happened once again, when Jay Cutler decided to share a video of his hardcore leg training routine. Here, he broke things down so that you can follow in his footsteps and try to boost your own leg day.

Taking place at the Kilo Club Las Vegas gym, Jay pulls up fully prepared to have a hard training session. He says that the main purpose of today’s workout is to get a bit of a pump.

“We’re going to get it in, do a little hamstrings and quads, show you guys I still got it,” Cutler said.

After taking some pre-workout, Jay gets working on his warmups, beginning with seated leg curls. He does two “feel sets” of 12 reps, with three working sets after that.

Once crushing that, Cutler moves on to lying leg curls, where he does three sets of about 12 reps. It is at this point that things begin to pick up for him.

When moving on to one-leg curls, Jay starts off with the leg that he had previously injured, his right leg. Again, the goal here is about three sets with 10-12 reps in each set.

By the end of the three sets, it is clear that Jay Cutler is feeling the strain in his legs. He then moves on to stiff legged deadlifts, which was originally supposed to be the end of the workout, but he decided to do some weighted lunges on top of that, completing them by walking around the gym.

Bringing things around full circle, Jay then proceeds to do some more seated leg curls. These were lighter sets, just to the point where he can feel the weight, but he says that he still gets a pump in.

The next step in this killer leg workout from Jay Cutler is machine squats. He then concludes the session with the leg press and some barbell squats, purely exhausting himself by the end of the day.

“It’s still my favorite body part to train. I still love it bro. I don’t know why. I guess I like the torture,” he said, jokingly.

Start to finish, this leg workout from Jay Cutler is not something to take lightly. By following in his footsteps, not only will you get a crazy pump in your quads and hamstrings, but you will wear yourself out by the end of it.