Brian Shaw shares some new details about the 2021 Shaw Classic, including the events for the contest 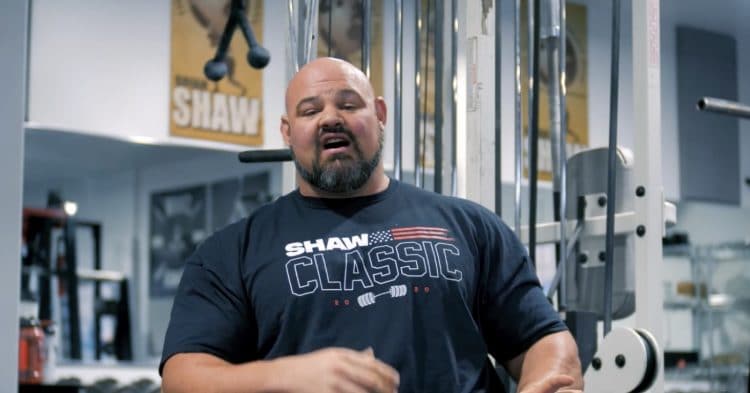 Strongman fans are already excited about the sophomore effort of the Shaw Classic. That anticipation is only increased now that Brian Shaw has revealed the events for the contest.

The 2020 Shaw Classic was a pretty solid success to say the least. What started as a way for Brian to give back to strongman athletes who struggled to compete in 2020, ended with some of the best athletes in the world putting on an exciting show.

That is why there was a ton of pressure from the fans to see the contest return in 2021. Not only did Brian agree to hold a second event, but he is making things bigger and better this time around, with a new venue and even more athletes competing.

So with that in mind, people have been anxiously awaiting the events that Brian Shaw and his team put together for this year’s contest. Luckily, it seems that the wait is over, as he posted a video to his YouTube channel, sharing the event list for the two days of competition.

“As you compete in strongman, and I’ve had a great and long career in the sport, you come up with ideas, you come up with thoughts of if I could make the perfect contest to test every aspect of a competitor, this is what I would have wanted to do,” Brian explained.

With much thought and effort, things are cleared for Brian to announce the eight events for the contest. They are as follows:

*Brian Shaw explains that the Bag Toss, Car Squat, Medley, and Atlas Stones events will be done in a head-to-head fashion, with two athletes competing at the same time.

In addition to the event lineup, Brian also revealed that the contest now has an official website, which you can view here. This webpage has a ton of features, including athlete profiles, videos, and more.

Brian Shaw is doing his best to cover all the event types when it comes to the 2021 Shaw Classic. He has clearly been putting a lot of thought into this contest, and even says that he has some sort of massive mystery contraption that will built for the contest.

Which event are you looking forward to the most from this year’s event?