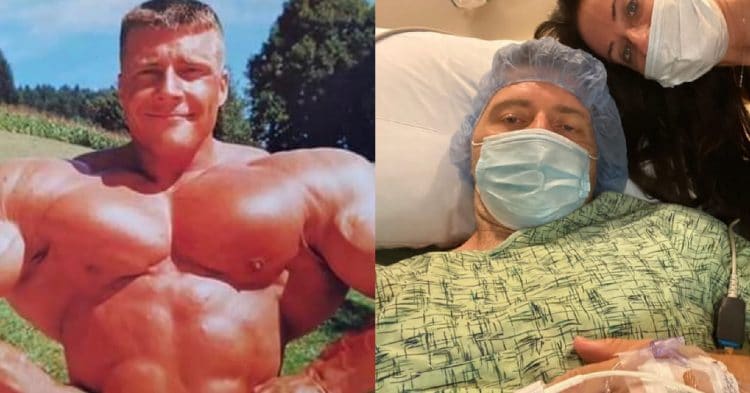 Born in Switzerland, 52-year old Jean-Pierre Fux is a bodybuilding legend turned fitness coach. He, unfortunately, was stuck in the hospital recently, in order to get a knee replacement surgery.

Fux began having issues with his knees following a notorious lifting accident in 2002. While doing a photoshoot for Flex Magazine at the time, he was attempting a huge 700lb squat, when he collapsed to his knees. He would suffer severe injuries to both of his legs, effectively ending his career as a bodybuilder.

It would seem that these issues are still present. According to a post to his Instagram, Jean-Pierre Fux was forced into the hospital recently, in order to get a knee replacement surgery. So he went under, and the procedure was performed.

“Ready to for my new knee.”

Luckily it seems that Fux was able to have the procedure done with no complications. He updated his fans a few hours later sharing the x-rays of his knee, both before and after. Moreover he explained that things were looking good, and he was excited to work towards his recovery.

“Beautiful my new knee , what a difference to the messy X-ray on the left. Thank you so much to the overwhelming support and well to do wishes. Looking forward to my therapy and building my legs again. Neubi (Neufit) and BFR training will play a big part on my road back. Stay tuned to find out more .”

It is good to see that Jean-Pierre Fux was able to successfully get this surgery. The former bodybuilder has since moved into a career as an online coach, working to help others achieve their own fitness goals. He is a legend in the sport, and has since become a beloved trainer, so the entire community was reaching out to wish him well during this time of healing.