Life and accomplishments of Cedric McMillan 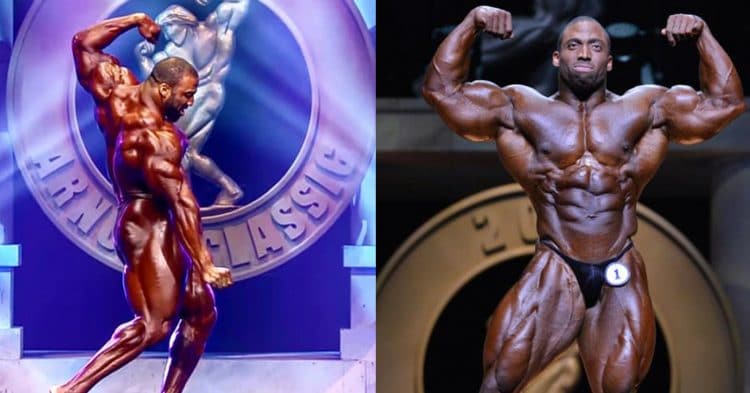 Cedric McMillan is a US Army instructor and IFBB professional bodybuilder. This is his complete profile, biography, training regimen, diet plan, and more.

Cedric McMillan was born in New Jersey, USA. As a child, he took a real interest in muscular physiques and even drew comic characters that had impressive physiques. But his idol was the famous 7x Mr. Olympia legend Arnold Schwarzenegger, who really inspired him especially after watching Conan The Barbarian that starred Schwarzenegger.

He started training around 13 years of age after his mother bought him a weight set. And it wasn’t long before, McMillan learned that he definitely had amazing genetics and a passion for building muscle.

After high school, McMillan joined the US Army and relocated to South Carolina. Not long after, he decided to enter his first bodybuilding competition after being convinced by a friend who he looked up to (Mark Neil) and who also helped him gain a lot of size and learn about bodybuilding. He entered the NPC South Carolina in 2007 of which he ended up winning the super heavyweight division. Although, there was only one other competitor at this show.

McMillan is currently an Army instructor and has done tours in his years serving in the US military.

Cedric McMillan is a top Open division bodybuilder who has 5 Pro wins and has placed top 5 in major competition on several different occasions. He earned his Pro card in 2009 and since then he has been in the conversation with the best Open bodybuilders in the world. He even earned the nickname, “The One”.

McMillan also received a special invitation to the 2019 Mr. Olympia competition due to his role in the United States military. He placed 7th at this competition.

Like with any bodybuilding regime, it can vary. Therefore, here’s an example of one of McMillan’s shoulder and back routines.

He usually doesn’t count reps and aims for low reps of which training with heavier poundages allows him to achieve. Although, sometimes he does count the reps to make sure he’s progressing. McMillan is also an instinctive bodybuilder which means he trains according to what feels good and isn’t afraid to experiment with different techniques and methods.

“It’s like I can hear something whispering to me, try this or do that, see how that feels, do another rep, hold it on this rep, do slow negatives. Throughout my whole workout, It’s like somebody is talking to me. It’s really just me coaching myself I guess“.

The following back routine is one that McMillan did after he won the 2017 Arnold Classic and visited the Muscle & Fitness headquarters to show his training techniques before the Olympia that year.

Cedric McMillan’s eats 5-6 times per day to maintain his physique. Here’s an example diet regime that McMillan has been known to follow via Broscience.com.

Cedric McMillan has had a pretty illustrious career which also likely comes down to his larger than life personality aside from his impressive resume. He’s a top physique in the Open division and is always a name that gets thrown in the mix for a top 5 placing.

He’s extremely disciplined and hard-working which he attributes to his time served in the Army and we’ll definitely be seeing more of him in upcoming competition.