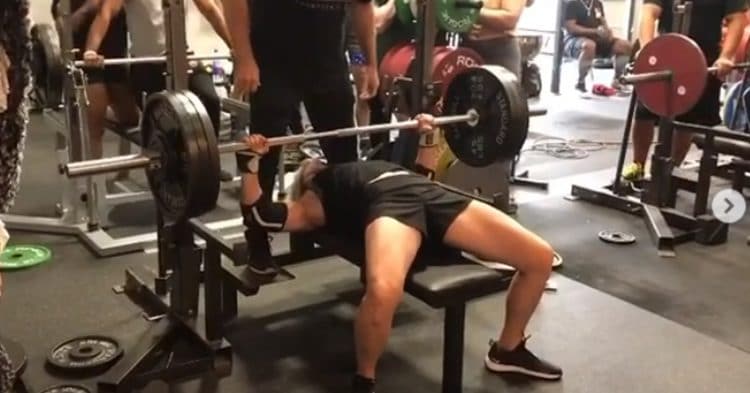 When it comes to raising the bar (literally) in the powerlifting sport, Jennifer Thompson takes her role seriously. Recently, Thompson, a World Classic Bench Press Champion, showed off her impressive skills and abilities via an Instagram video that showed her bench-pressing 330-pounds. While she has competed in the 135- and 158-pound categories in the past, this is a new record for the powerlifter.

I have been after this weight for over 7 years.

At 47, there are many doubters in the industry; however, thanks to her background, training, and raw talent, Thompson continues to set the standard when it comes to women powerlifters.

According to Jennifer, much of her motivation comes from her students, husband, and training partners. It is a team effort, and the support she receives helps to continue motivating here to push up and overall the goals she has set for herself. She has even stated in interviews how her students think it is “cool” to have a strong teacher, which is part of her motivation.

Keep in mind, Jennifer Thompson is not new to the spotlight. In 2019, she was inducted into the IPF Hall of Fame and had already earned several USAPL records along with five IPF world records at the weights mentioned above (135- and 158-pounds). As a world-record breaker, those holding women’s weightlifting records now should watch out as Thompson continues to breakthrough these records – one after another.

Along with Thompson’s impressive performance and world record-breaking bench presses, she has also posted a 446-pound deadlift and squatted 325 pounds, both raw. In competition, her best raw bench press was 319.6 pounds, which was seen at the USAPL Bench Press Nationals held in Scranton, Pennsylvania, in 2018. While she is currently sitting out of the competition circuit, if she decides to throw her hat back in the ring, a betting man (or woman) should not count her out for breaking even more records.