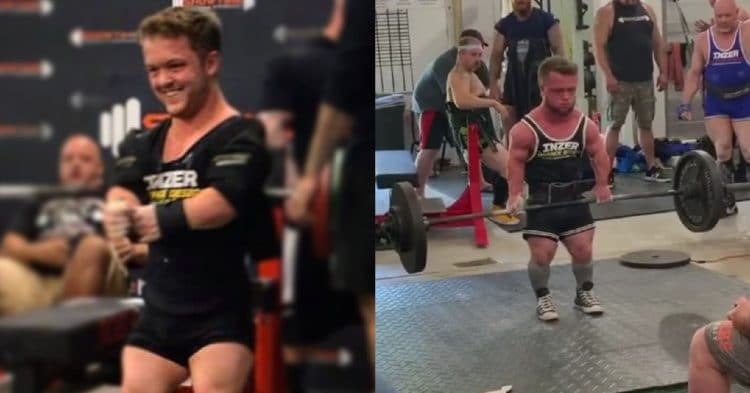 We have seen that powerlifters can come in all different shapes and sizes. However Jeremy Smith has proven that this can include even people who were born with dwarfism.

If you were to just read off Jeremy’s powerlifting record, you would see someone who is fairly skilled for a lighter weight athlete. He has a handful of competitions under his belt, winning all of them either in the 56kg or 56.9kg divisions. However what this record will not tell you, is the incredible lengths that he has had to go through to accomplish these feats.

Jeremy Smith was born with dwarfism, leaving him standing at just 4’5. Yet despite this, he has been able to put up some insane lifting numbers, being able to squat 745lb and bench press more than 320lb. Not only that, but he has even been able to gain access to the invitation-only gym, Westside Barbell, proving that he has skills that are as legitimate as they come.

“745lb straight weight PR!
–
Every morning you have two options continue sleeping with your dreams or wake up and make them a reality!”

Jeremy’s Instagram is littered with constant updates and awe inspiring videos of his constant improvement. Recently he has been hitting a ton of new personal records too, including the aforementioned 745lb squat. His bench has been coming along too, as he was able to press a solid 320lb, even trying to push it to 340lb.

The inspiring story of Jeremy Smith is one that has garnered attention from all kinds of other people in the fitness world. He has shown to be ultra inspiring, always sharing positive quotes alongside epics lifts. Not to mention the fact that he is able to move around more weight than most average people.

There are a ton of inspiring stories in the powerlifting world, of athletes overcoming adversity and disability. However few are as powerful as the story of Jeremy Smith. He is a prime example that no matter who you are, anything is possible.