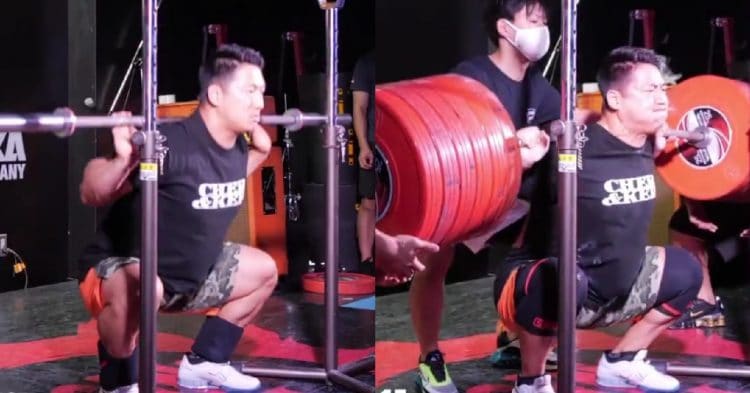 The last few years have seen Japanese weightlifter Toshiki Yamamoto blossoming into a highly talented competitor. He put those talents on display recently, with an insane set of squats.

The recent transformation of Yamamoto has been quite exciting for those weightlifting fans who have been paying attention.  He has quickly been growing from an already talented athlete, to one of the best weightlifters in Japan. This became most evident when he scored a bronze medal at the 2019 Asian Championships, proving himself as one of the best 89kg lifters in the world today.

However it was at the 2020 Tokyo Strength event that Toshiki Yamamoto put his growth to the test in a absolutely massive way, and shared it on Instagram. While the usual procedure is to do a particular lift up to three times in a competition, he decided he wanted to try something a little different. So beginning with an unloaded 20kg bar, he squatted 11 back-to-back reps, increasing the weight every time. Eventually he would top at at a whopping 321kg, which is not just impressive in terms of strength, but it is also a crazy display of cardio.

Each one of these lifts from Yamamoto was quite impressive, with strong technique to boot. He started to slow down a bit with the 300kg, 311kg, and 321kg squats, but all in all he was able to keep up a solid and consistent pace. This is a clear result of the work he has been actively doing in the gym, honing his squatting skills. Compared to what he did here, this 300kg squat from a few weeks earlier seems like child’s play.

There is still a lot to see from Toshiki Yamamoto, but he is really seeming to come into his own. This was not exactly the most traditional way of displaying one’s strength and endurance, but it works for him. It will be fun to see how he continues to improve moving forward.