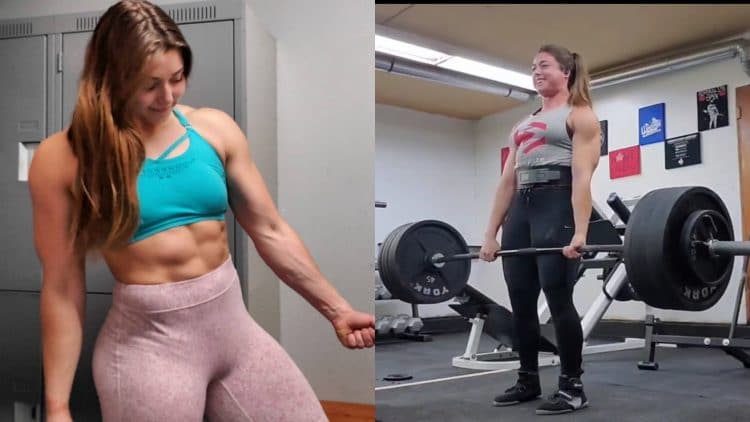 Buettner is a 24 year old Canadian Powerlifter, who has found some pretty good success over her time competing. She has won several national championship in Canada, as well as some regional titles in Sweden and elsewhere. As a result, she has become a true person of interest in the powerlifting scene.

Buettner is known for being able to do some pretty intense things in the gym, too. She recently was seen doing a ridiculous 405lb deadlift for 14 reps, which was as many as she could do. Moreover, she has caught the attention of the likes of Larry Wheels. With work like that, it is only a matter of time before she would be able to lift even heavier than what she has shown before.

That heavier deadlift came, as evident by an Instagram post by Jessica Buettner. Here, she manages to set a new personal record for herself, by crushing a solid 545lb deadlift. Her current competion best is 536.8lb, so that was nearly ten pounds heavier!

Check out the impressive lift:

“DEADLIFT PR!
545lbs/247kgs
Wasnt really planning this today but the @dymatize preworkout had me wide awake, and my blood sugar was low so I had to do ammonia anyways and here we are 💪”

As Buettner explains in the post, she actually was not intending to go for this during the session. However her pre-workout had her feeling a type of way, so she decided to go for it. Good thing too, because she ended up hitting the lift, and setting her new record.

On the other hand, it is worth noting that it was not without struggle. Buettner was a bit wobbly as she brought the weight up, and you could tell she was really pushing herself. Nevertheless, she pulled it off, and the excitement was evident in her face.

What did you think of this awesome deadlift from Jessica Buettner?