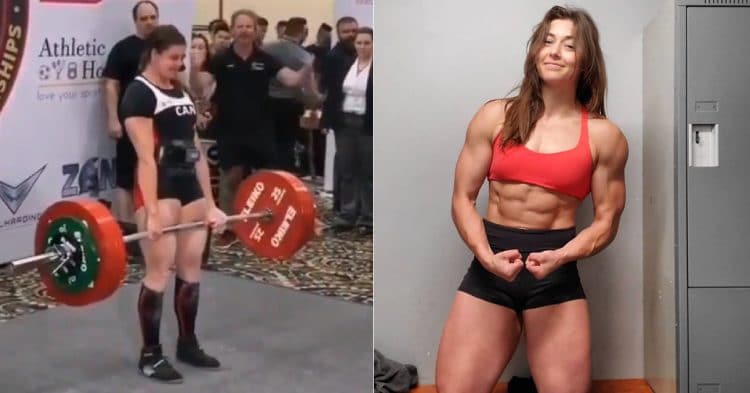 Jessica Buettner has been taking the powerlifting world by storm over the last few years. She recently had perhaps her best performance to date, at the CPU Nationals, where she shattered all kinds of records.

Buettner is one of the most talented female powerlifters in recent memory. Over the course of her five and a half year long career, she has never scored less than second place at any meet. Moreover, she holds several records under the Canadian Powerlifting Union (CPU) banner.

However, Buettner may have had the best performance of her career so far this week, during the CPU Nationals. The event, which is taking place in Winnipeg, is one of the biggest meets that Canada puts on. Therefore, Jessica was looking to put on a great showing and had been preparing accordingly.

It seems that all that hard work paid off, as Jessica Buettner had a slew of incredible lifts. Perhaps the most impressive of those came in the form of a gigantic 551lb deadlift. Not only was this an all-time personal record for the 24-year old, but it was also an unofficial new world record, beating the current IPF record by 17lb!

As incredible as this was, it is not the only impressive lift Buettner hit during the meet. In addition to this, she also smashed through a huge 463lb squat, for another unofficial record. These, combined with her 225lb bench press secured her yet another unofficial world record, for her total lift of 1240lb. Take a look at videos of the other two lifts she secured.

Jessica Buettner continues to prove time and again, that she is here to stay, and here to lift heavy. Despite the fact it was not under the IPF banner, it was still an unbelievable performance. It just goes to show that she has been putting in the time and work in the gym, and it is really beginning to pay off.