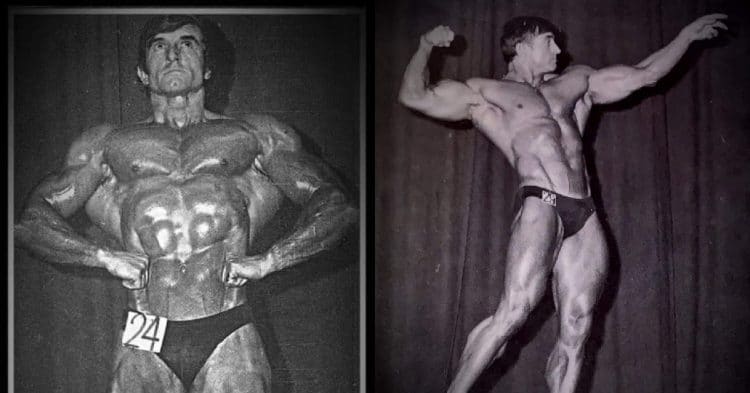 The bodybuilding community took a huge blow this week as longtime competitor Eddie McDonough has passed away. He was 85 years old.

McDonough was something of a legend in the bodybuilding world. He rose to prominence in the ’70s, largely competing under the NABBA banner, but also had appearances in WABBA contests. He was the winner of the 1974 and 1977 NABBA Mr. Britain, and scored as high as third in the NABBA Universe events.

Unfortunately, Eddie McDonough passed away this week, at the age of 85 years old. This news was broken in a Facebook post from Si Sweeney on Wednesday. Although no information has been revealed, regarding the circumstances of his passing, it is still tragic news.

“Eddie McDonough has passed away at the age of 85 .. Eddie won NABBA Mr Britain twice 1974 and 1977 . Also placed 3rd in Mr Britain in 1973 and 1976. Eddie competed in 7 NABBA Universe contests between 1972 and 1979 , never placing outside top 6 in the medium class , he placed 3rd in 1975 and 1978 .. In 1974 Eddie won the Medium Class title at AAU Mr World . He also competed in NABBA Europeans with his best placing of 2nd in 1977 .. Eddie finished his career in 1980 after nine years with a victory in the Medium Class of the WABBA Europeans. A year after he won the same title in 1979 . .. An excellent bodybuilder of his era and will be missed by many .. condolences to his family and friends from all NABBA Family Rest in Peace Eddie NABBA Legend”

Despite the fact that McDonough had not competed since 1980, this is still heartbreaking news for the community. He was a legend in his era and helped to inspire others to pursue their bodybuilding goals. As such he will truly be missed.

FitnessVolt would like to offer their sincerest condolences to the friends and family of Eddie McDonough.