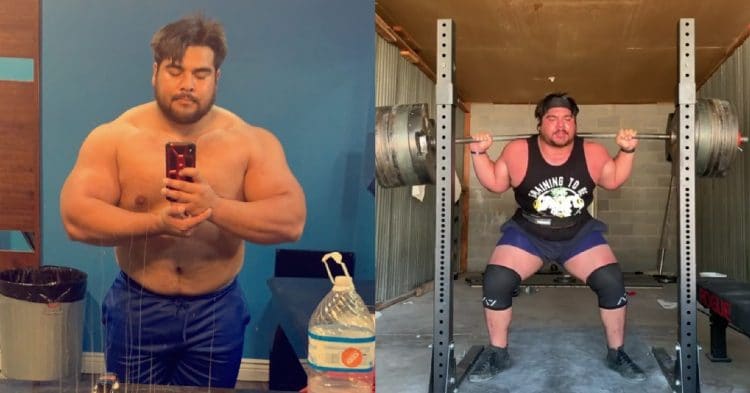 During this difficult time in the world, it is hard for lesser-known athletes to make a big impression. However, Jesus Olivares has been showing that it is still possible to turn some heads, even with these current conditions.

At just 21 years of age, Olivares has begun to make a name for himself in the powerlifting world. He had a strong showing in his teenage years, before stepping away from the sport. However, he has returned with a vengeance last year and has only looked better since.

This improvement was perhaps most evident with a recent video Jesus Olivares posted to Instagram. Here he can be seen hitting an enormous 837lb deadlift. Not only was that impressive in its own right, but it was a 10lb personal record. Although you could hardly tell that, judging by how easy he makes it look.

Jesus definitely was shaking as he moved the weight. However, that was the extent of his struggles, as he kept a consistent pace throughout the lift. All things considered, it was a really solid performance.

This was not the only personal record Olivares hit recently. He followed this lift up a day later, by scoring a new bench press PR. He did this with a solid 530lb, pushing his previous record by 15. Moreover, this performance was even smoother than his squat record.

It would seem that at every turn Jesus Olivares has been really stepping his game up. Now that he is returned to powerlifting more regularly he has been able to improve in some pretty big ways. It will be interesting to see how he looks when he is able to compete again.