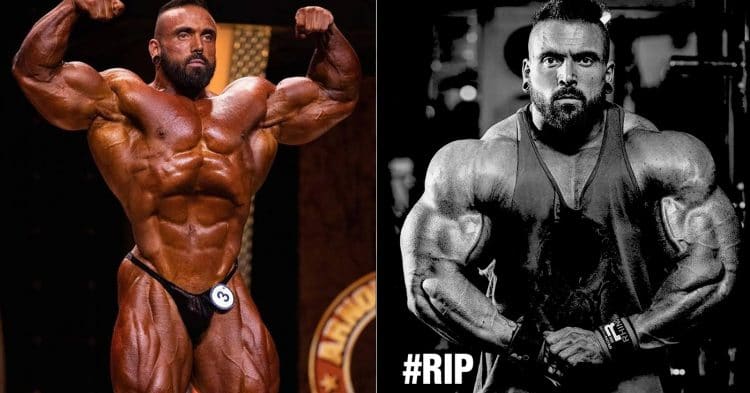 Luke Sandoe Has Passed Away (Photos via Instagram @lukesandoe)

The bodybuilding community is in a state of shock currently. It has been revealed that beloved IFBB Pro bodybuilder Luke Sandoe has tragically passed away.

Sandoe was an English-born bodybuilder who was quickly rising through the ranks, and becoming one of the most exciting prospects in the world. At just 30 years of age, and four years into his pro career, he had accomplished a ton. Although he had not yet won a pro show, he scored third at the 2019 Arnold Classic, which really began to turn heads.

UPDATE: Luke Sando’s Friend Revealed The Cause Of His Death

However it would seem that the life of Luke Sandoe would be heartbreakingly cut short. According to multiple reports, the Englishman lost his life sometime Thursday morning. This comes as a massive shock, given how young he was, and how lovely he appeared when we last saw him.

“This is such a shocking news for bodybuilding community RIP brother !!! Beyond saddened to report the tragic passing of IFBB Pro Luke Sandoe. Our entire team is stunned and our hearts go out to Luke’s family, loved ones, and the entire bodybuilding world which he entertained in only ways he knew how.”

Our thoughts on shocking death of Luke Sandoe:

Sad sad day for bodybuilding community talented Luke Sandoe has passed away at 30! we ‘re shock and stunned… Rest in Peace!

This is truly tragic to hear of the passing of this young man. Currently there are little details available as to the cause of his untimely passing. However this has left the entire bodybuilding world mourning, as he entertained many over the course of his career.

“I’m in shock and stunned by the news I just received of the passing of the young legend @lukesandoe .” Steve Cuclo said.
“Not only would I consider him a close friend in the sport but I was also a fan of him as a bodybuilder and he was always a great sportsman.
I pray for his family and the bodybuilding community he so loved.
Rest In Peace brother! 🙏🏻❤️”

“R.I.P Brother Of Iron…Just in shock and so saddened by this news,” says Regan Grimes.

“It’s with a heavy heart I am trying to write this post,” Luke’s friend and fellow bodybuilder Shawn Rhoden said. “Receiving a call this morning that my fellow #teamaceto friend @lukesandoe is no longer with us, I am still lost for words. Seems like just yesterday we were talking as he react out to wish me happy Birthday. We never know what someone else is going through.
I often joke around and call him the Juggernaut with a big heart. My thoughts and prayers for your love ones.”

“💔💔💔 I’m in complete shock right now,” says Mr. Olympia Brandon Curry. “Wishing the news was just more fake news today, but sadly it’s not. Always had a good time around you and was excited to watch you progress in life and in your career. My thoughts prayers and condolences go out to your family friends and loved ones. You will be sorely missed both on and off the stage. Thank you for making us all smile and laugh. Rest peacefully my man.”

“Mannnn!!” Dexter Jackson proclaimed. “Where do I even start!?? 🤦🏾‍♂️ This shit sucks!! First of all it was an honor standing on stage next to @lukesandoe at the @ifbb_pro_league Tampa Pro. I didn’t know much about @lukesandoe up till then. I thought he was a lil cocky leading up to the show but soon found out that you should never judge a book by its cover. He was such a great guy and i am sadden to hear of his passing. Our thoughts and prayers go out to his family and I hope you’re in a better place my friend. RIP 💔”

“It’s very sad to hear of the tragic loss of @lukesandoe” Rich Gaspari explained. “He was only 31 With a huge career in front of him. He was a #Gaspari athlete at one time and I knew him personally and he was a gentleman. I send my condolences to his family. #rip“

“Absolutely devastated to hear about the tragic passing of @lukesandoe,” says strongman Laurence Shahlaei “Luke was an incredible athlete, fun to be around, and an all round great guy. The world will be a little less bright without him in it. My thoughts are with his family.”

“I woke up to this tragic news and I am in state of shock,” Milo Sarcev detailed. “Our brother of iron Luke Sandoe @lukesandoe died at the age of 31. My sincere condolences to his family, loved ones and especially his 15 year old daughter and 8 year old son. RIP Luke 🙏🏻❤️💪🏻. You’ll always live in my heart. (The last time we saw each other at the 2020 Arnold Classic 😔)”

At the time of his passing, Luke had only been competing as a pro for about four years. In that time he showed a constant level of growth that made him a person of interest every time he stepped on stage. His last contest was his debut at the Olympia, where he scored a respectable 11th place.

FitnessVolt would like to send their sincerest condolences to the friends and family of Luke Sandoe. He will most definitely be missed.