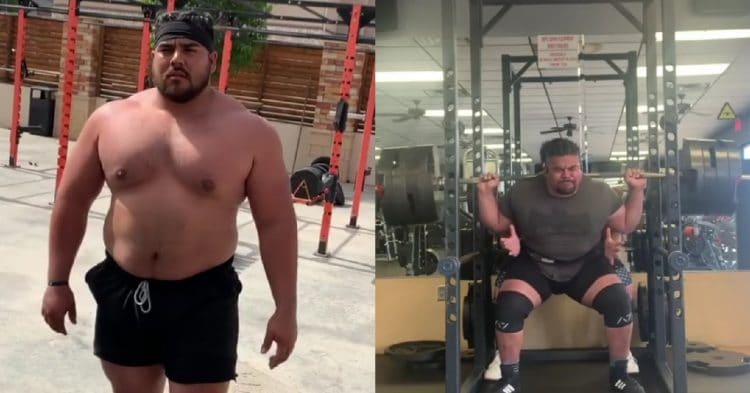 Jesus Olivares has been blasting his way through some impressive lifts in recent months. He was back at it again recently, scoring a new personal record with his squat.

The return to competition that Olivares has made in recent years has been quite exciting. He started his powerlifting career as a teenager, but stepped away from the scene while he finished his teenage years. Then, in 2019 he competed for the first time since 2015, winning his first meet back, competing as a +120kg Junior lifter.

Since then, Jesus Olivares has shown no signs of slowing down. In fact, as this recent post to his Instagram shows us, he is only getting better. He proved this is in a big way, by going for an enormous 855lb squat, setting a new personal record. Additionally he displayed an equally impressive 740lb squat for four reps, but that new PR is the focus of our attention.

Olivares has really be stepping up his squat training over the last few weeks. Before he was able to hit this new PR, he was putting in the work to get there. Here he is, a few days earlier, doing another hectic training session. Most notably though, it culminated with a strong 807lb top single, which he hit with ease.

As he alludes to, Jesus Olivares will be turning 22 in a few week’s time. That being said, he still has a ton of room to grow, before he hits his ceiling. Nevertheless, watching the growth he is showing in the training room makes us excited to see how he looks the next time he competes, provided it is not going to be in another four years.