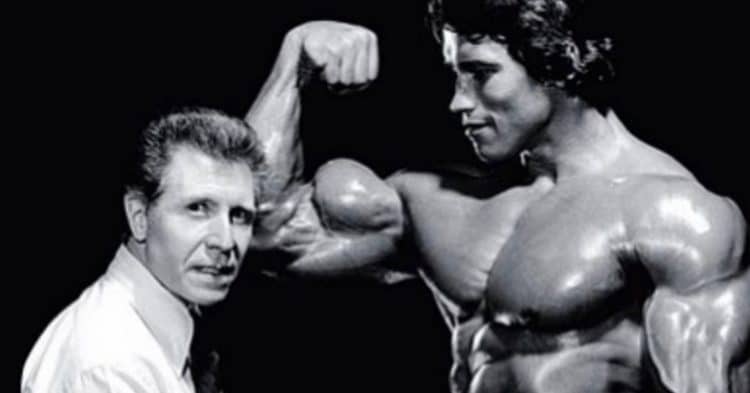 Jimmy Caruso is one of the most iconic photographers in the history of bodybuilding. Unfortunately he has passed away, at the fulfilled age of 95 years old.

Bodybuilding is known for the iconic photographs taken of the mass monsters on stage, and one of the best to ever take those pictures was Jimmy Caruso. He was known in particular for his shots of the legend himself, Arnold Schwarzenegger, among others during the 1960’s and 1970’s.

Unfortunately according to reports, Jimmy has passed away in his home at the age of 95. No specific cause of death has been revealed at the time of writing.

The Career Of Jimmy Caruso

Born in Montreal, Quebec, Canada, Jimmy Caruso began showing an interest in photography from an early age. At 14 years old, he already had his sights set on this as a career path, being inspired by the work of Victor Nicoletti.

From there, he got to work honing his craft, increasing his skill, and eventually getting involved in bodybuilding. He even became recognized by the IFBB, given an award for being the “greatest physique photographer.”

During his time as a photographer, Jimmy Caruso was most known for his work with Joe Weider’s Muscle Builder/Power magazine. Beginning work with the magazine in the 60’s, this was where he kicked off a relationship with Arnold Schwarzenegger.

When Arnold first came to America to compete in the world of bodybuilding, his first ever photoshoot in the U.S. came with Jimmy behind the lens, and they worked together several times after that. Arnold himself took to Twitter to react to the news of Jimmy’s passing, and pay his respects.

“Jimmy Caruso was an artist, a visionary, and just a good man. His photos were beautiful and helped tell the story of the golden age of bodybuilding You have heard me say I’m not a self-made man over and over – people like Jimmy are a big reason why,” Arnold wrote.

“He was one of the first people I met when I arrived in the United States for the Mr. Universe in Miami and he was always there for me and the sport, helping to popularize bodybuilding and spread our images all over the world. He was truly a great friend and a fitness crusader. My thoughts are with his family.”

He was one of the first people I met when I arrived in the United States for the Mr. Universe in Miami and he was always there for me and the sport, helping to popularize bodybuilding and spread our images all over the world. He was truly a great friend and a fitness crusader.

Fitness Volt would like to offer our sincerest condolences to the friends and family of Jimmy Caruso. The impact that he had on the sport will forever be seen and respected.