That's a huge deadlift for the young powerlifter! 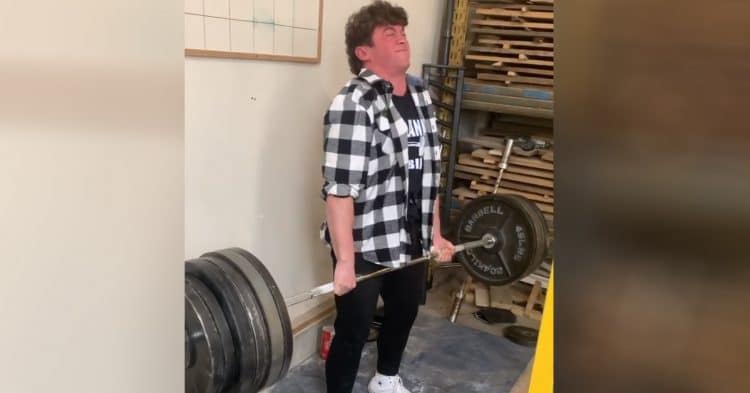 Joseph Wiedyk who goes by joe_lifts on Instagram is a 15-year-old powerlifter who has been steadily climbing up the ranks in his age and weight category. Most recently, he shared a video where deadlifted 249.5kg/550lbs at 84kg/185lbs for a new PR which is supposedly an unofficial world record in the 90kg/198lb class of which he would compete.

His friend and fellow powerlifter Damion Ginac who is high-ranked replied to another comment that mentioned how this lift was 20lbs more than his previous PR...”This was way cleaner of a lift too. This would also be ranked #1 in the world for 198 class, Ginac wrote”.

Wiedyk had a bit of a struggle which is to be expected, seeing as how much more weight he added from his previous PR just a few weeks ago. But he eventually got the weight up. He also did this dressed casually and completely raw.

This lift is an unofficial world record since he did it in training. But from what we know, legendary powerlifter Eric Lilliebridge (currently 30 years old) holds the official record in the 13-15 age group with a 245kg/540lb deadlift. But he surpassed that by 10 pounds here which is pretty nuts.

Here’s a post from his first meet back in February of which he took first place in the varsity 194 class with a total of 1225 at 183lbs. Scroll through as there are two clips.

The ‘King of the lifts’ Instagram page even acknowledged this impressive feat while also mentioning the fact that this unofficial deadlift was 10 pounds more than what Lilliebridge did at 15.

Joseph Wiedyk could have an incredibly successful career if he keeps on this path and competes in big competitions of which it appears he has yet to do. But we’ll be keeping an eye on him from here on out.