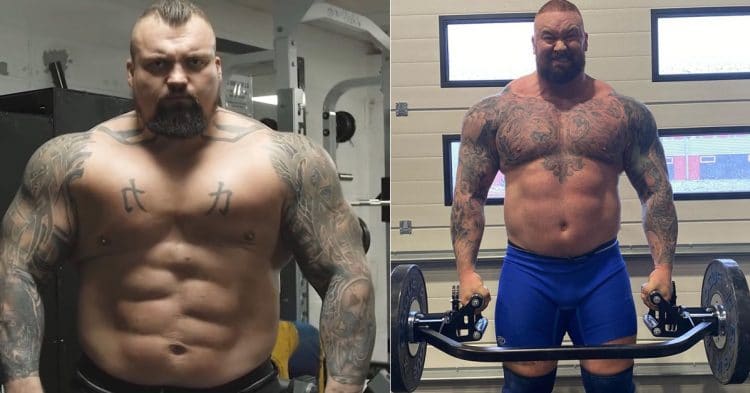 Even when the entire planet is fighting a common enemy and everyone is locked away inside their homes, The Mountain and The Beast still find a way to bicker back and forth.

This time, the issue came again over Eddie Hall’s live Q&A session. In it, Eddie was asked about Thor’s upcoming 501kg attempt in his home gym. Of course,  Eddie being a man of strong opinions with the topic of deadlift word record being very near and dear to him….he had a few words to say about Thor’s upcoming attempt.

Update: Watch the 501kg live stream and Eddie Hall Fires Back At Thor Bjornsson, Apologizes For Comments About Icelandic Officials

The long-short of Eddie’s remark is “no official competition, no care”. He doesn’t trust Thor nor does he trust his crew and is very skeptical about the whole ordeal.

At this point, Thor’s team-mate Runar chimed in and exchanged a few words with Eddie. Hall responded to Runar in a story and the whole thing went off the rails and it didn’t take long for Hafthor to give his opinion on the subject. Hafthor then went off on Eddie saying that he won his 2017 WSM title thanks to some elements that suit Eddie the most and the competition changing as it was unraveling.

It’s safe to say that this whole ordeal is totally unnecessary and pointless. Both men have valid arguments for their opinions and the right thing would be to agree to disagree, wish each other luck and go their separate ways.  Thor has been peaking his strength for a specific goal and a specific event. Then the literal armageddon had to happen and every sporting event was postponed.  At that moment Thor was left with 2 options; 1. Either stop this specific training and eating regime and just chill at home with the wife and waste your prime years. 2. Attack that record in any way shape or form, but don’t waste away your peak and all the time and money you invested in this goal.

Keep in mind, this isn’t “be able to bang ou 20 pull-ups by this time next week” goal. This is rewriting sports history. Deadlifting 500kg was and still is a monumental feat of strength and deadlifting 501kg will be an even bigger accomplishment. 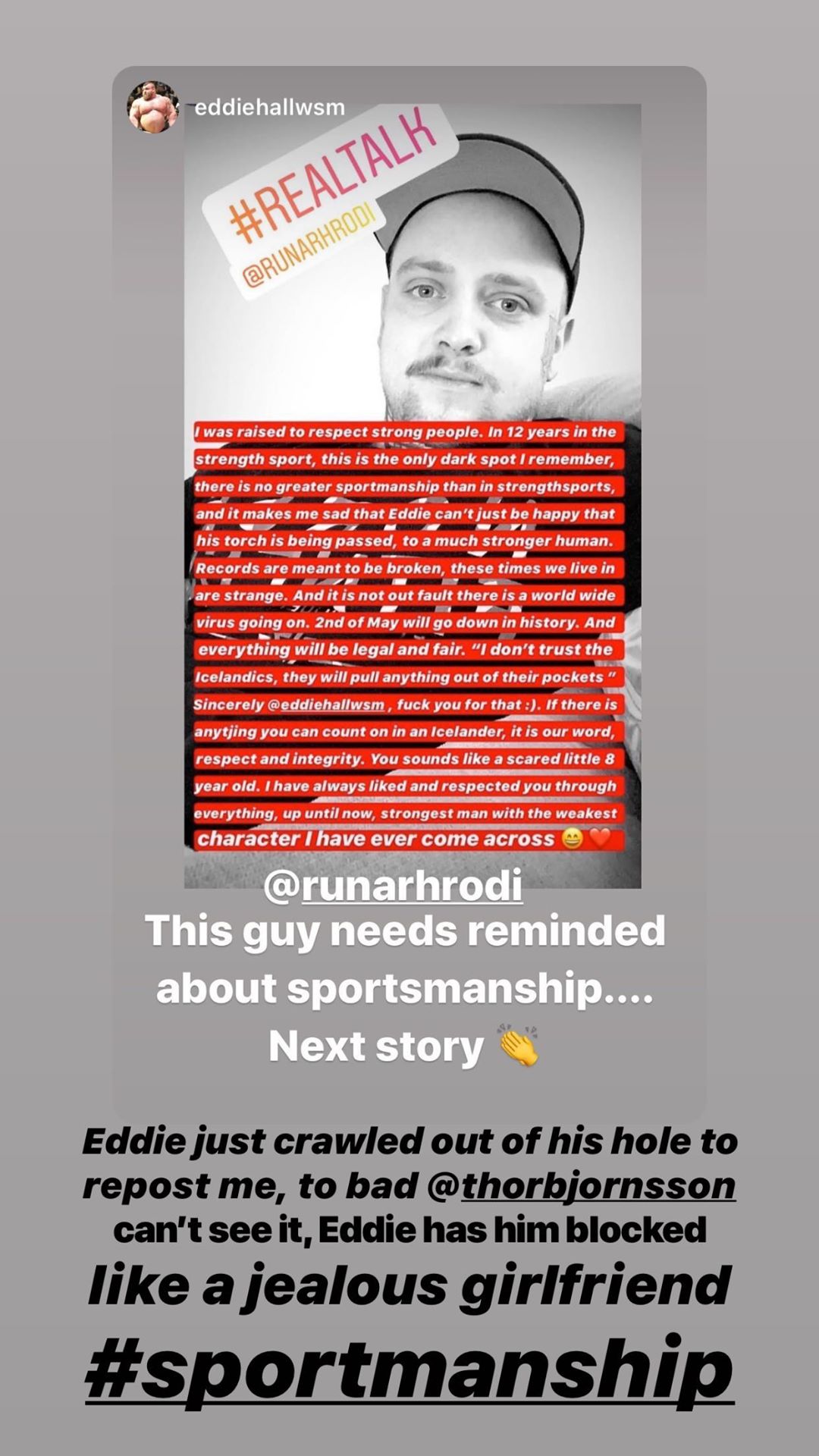 On the other hand, Eddie is right…how can this be a record if it’s set in your own gym with your own equipment? Thor will be basically be doing this from his own backyard and no one will be able to challenge him on the night of the attempt. A world record can’t be tested in your own back yard. It has to be contested in a neutral footing with a whole crew.

Me personally, I’m leaning more towards Thor in this pointless bickering because Eddie is basically spewing semantics. He is right, he’s arguments stand…but it’s semantics and ego. I am sure, should Eddie manage to put his pride and ego aside he would be able to understand that Thor is in a tough spot. He is now one of the strongest humans on the planet and is looking to cement his legacy as the best who has ever done it. A very ambitious goal which requires a very ambitious approach in training and life. He quite literally can’t afford sitting at home on his ass doing nothing while waiting for the world to return to normal.

Dexter Jackson Shares Another Of His Best Bodybuilding Diet Recipes