The Spiderman actor started it off and nominated several others to take on his challenge. 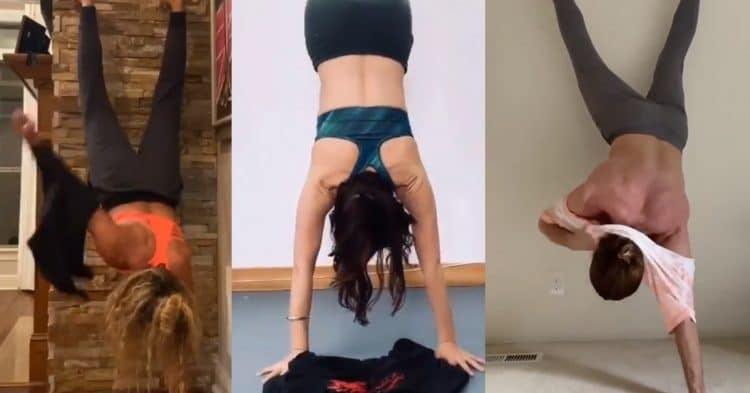 The internet has fully taken advantage of the fact that staying home is common practice right now. At-home workouts continue to flood the internet as well as memes, and anything else fitting of the current situation. Well, most recently, Spiderman star Tom Holland did a challenge where he put on a shirt while doing a handstand against a wall.

He appeared to have a bit of a struggle at first but eventually got it on. Then afterward, he nominated fellow Marvel actors Jake Gyllenhaal and Ryan Reynolds, along with Harrison Osterfield.

Jake Gyllenhaal went on to complete the challenge while Ryan Reynolds was simply not interested, of which he responded on his Instagram by saying, “nooo“. Although, it was all in good spirits of course. Gyllenhaal, on the other hand, nominated another Marvel actor, in Hugh Jackman, in addition to rapper 50 Cent, and his own sister Maggie Gyllenhaal who was the only one to do it so far.

Bowing down to Maggie Gyllenhaal. 👏👏👏 Tom and Jake who? pic.twitter.com/wcvho8gxxD

American Olympian Lolo Jones saw the challenge and thought she’d join in on the fun as well.

“When I saw Spider-Man and Jake Gyllenhaal do a handstand challenge with one shirt… first I want to thank them for having their shirt off because I haven’t seen a man in 25 days, she wrote on Twitter”.

Jones did it a little differently though adding her own style by drinking wine before and after she completed the challenge.

first I want to thank them for having their shirt off because I haven’t seen a man in 25 days and also
⁣ pic.twitter.com/BpQTiOsDY3

There’ll probably be more drooling over these shirtless actors than the challenge actually being of much interest to some fans. But it’ll still be interesting to see if any of these nominated A-list figures accept the challenge!

Get ‘6 Pack’ Abs In 22 Days With This Home Workout

Spider-Man's webs, wit, strength, speed, agility, and spidey-sense make him one of the most iconic superheroes of all time. I...

While playing Spiderman in the MCU, Tom Holland was undoubtedly in awesome shape. However he showed us recently that he...