CrossFit Games veterans Josh Bridges and Jacob Heppner have agreed to a boxing match this September, on the same card as Eddie Hall vs Hafthor Bjornsson 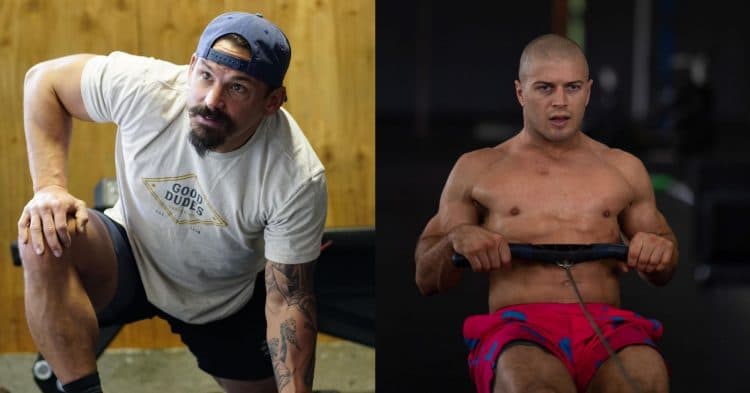 With the boxing match between strongman champions Eddie Hall and Hafthor Bjornsson rapidly approaching, we are beginning to get more information about what other fights will be on the card. One of these bouts is between CrossFit Games veterans Josh Bridges and Jacob Heppner.

While there is bad blood between Hall and Bjornsson, that does not seem to be the case at all for Bridges or Heppner. Both these guys are super competitive, and are just looking to test themselves in a new and unique way.

Josh is a former Navy SEAL, who turned to CrossFit where he has found a ton of success. He has competed in numerous Opens, and appeared at the Games on five occasions, scoring as high as fourth place in 2014.

Similar to Bridges, Jacob has several appearances at the Games and the Open under his belt, coming in as high as sixth place at the 2019 Games. That said, he recently announced his retirement from CrossFit competition, closing the book on an interesting career.

Now it seems that these two elite athletes are going to be going head-to-head in a boxing match, set to go down in September, in Las Vegas, Nevada. This announcement was made with an Instagram post from Josh, breaking the news alongside an official press release.

According to the release, Joshua Bridges vs Jacob Heppner will be a six round affair, with the rounds being three minutes in length. Both men will compete in 12oz gloves, and it is being billed as the first time two CrossFit athletes have squared up in a boxing match.

According to the press release, neither has has chosen a trainer yet, for this boxing debut, although Josh has said that he intends on training in San Diego, California. However they both feel like their cardio is going to be the deciding factor in this contest, and the winner will be whoever can outlast the other.

“Each fighter believes that the winner will come down to raw conditioning, and the ability to keep it together between the ears after eating a few punches. To get them hyped up for the occasion, Heppner if given the opportunity to choose a walk out song would choose Panda by Desiigner, and Bridges would walk out to his own thoughts,” the statement reads.

As this time, it is unclear what other fights will be on the Eddie Hall vs Hafthor Bjornsson card. However this fight between Josh Bridges and Jacob Heppner should be an interesting and fast paced bout.

Who do you see winning this matchup of CrossFit veterans?