An official roster for the 2021 World’s Strongest Man has been announced, including officials, referees, and announcers 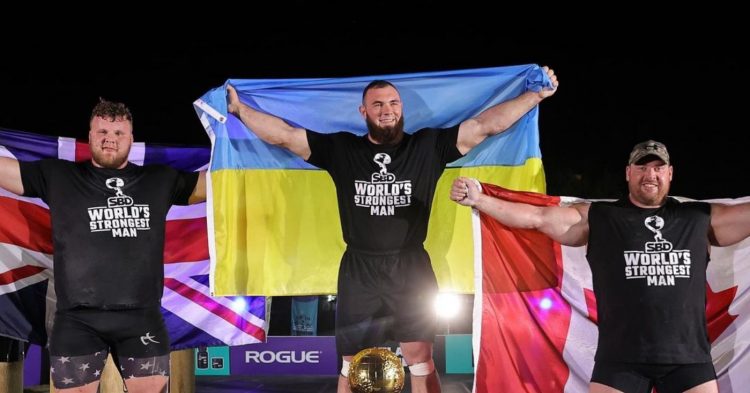 The 2021 World’s Strongest Man is set to take place from June 15th-20th, in Sacramento, California. The tentative list of competitors has been announced, and there are some pretty interesting names on the list.

Last year’s WSM saw things go a bit differently than normal years, which is as expected when dealing with a global pandemic. That said, it still was a massive success that delivered exciting action and even world record performances.

Going down in Bradenton, Florida, the event was done without a an audience in attendance, with the first day of the qualifiers being delayed, and even happening indoors due to inclement weather. Nevertheless, the athletes performed to the fullest extent of their abilities, and the weekend ended with Oleksii Novikov as your new champion.

For the 2021 World’s Strongest Man, the contest will now be taking place across the county, on the west coast. While there has been a date and venue announced, fans were still awaiting word on who would be competing, other than former champion Brian Shaw, who announced his acceptance of his invitation.

Now it seems that this wait is nearly over, as reports are beginning to emerge that reveal the list of athletes looking to compete. An official post to the organization’s Instagram revealed the full list of 25 athletes competing this year.

Below is the current list of athletes competing at the 2021 World’s Strongest Man:

Of course, this list of athletes is subject to change before the 2021 World’s Strongest Man kicks off. However if this lineup stays together, it should make for a fairly interesting contest, full of newcomers and fa favorite veterans alike.

There are some big names that were expected but are missing from this list, as 2019 champ Martins Licis is still dealing with injuries and is unable to compete. On top of that Mateusz Kieliszkowski is also not on the list, though he has not given a reason why yet.

All in all, the 2021 World’s Strongest Man is coming together nicely, with a lot of things worth being pumped for. Stay tuned to Fitness Volt for more updates on the event.

The 12 Best Kettlebell Back Exercises